Facebook is at the forefront of our fake farming epidemic, and according to a survey published in September, 48 percent of users quit over privacy concerns.

However, The Onion published its own survey today, and it appears that privacy issues are no longer a big reason for leaving Facebook.

Receiving almost 9,000 likes and over 1,000 shares, here were the main reasons people fled:

Poking other Facebook users will surely be missed, but poking someone in real life is equally entertaining, and annoying. 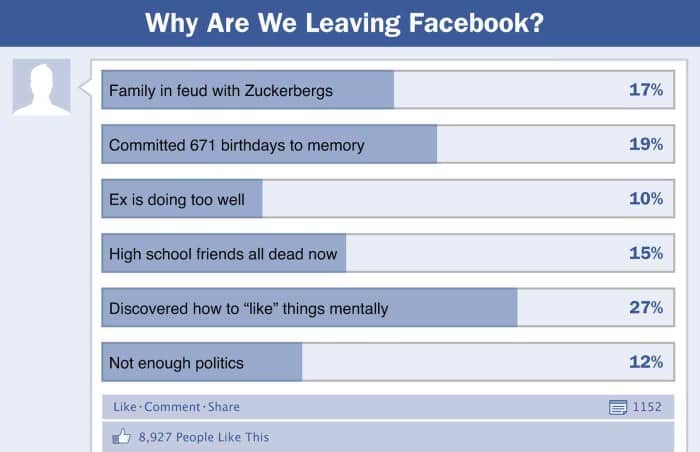