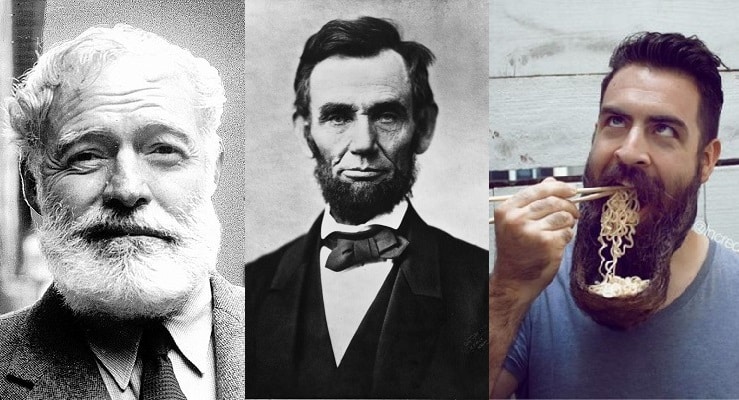 Furloughed government workers are just wrapping up their first week of forced “vacation” meaning, according to a new trend, that they should have a pretty decent starter beard going by now.

All non-essential workers and their sympathizers have organized a creative way to mark the passage of government shutdown time on Twitter. They’re growing epic beards.

My #ShutdownBeard is on way to the ultimate Gravity: 3D, IMAX, w/ furloughed @NASA execs http://t.co/ki0KDiSpvA

#ShutdownBeard is in full effect but going slowly due to my inability to boldly grow facial hair. — Aaron Fletcher (@AaronWriter) October 7, 2013

Members of Congress shouldn’t be able to shave until this is over. #ShutdownBeard — NegativeDunkalectics (@negativedunks) October 1, 2013

The movement has even spawned its own Twitter handle, though it needs a bit of follow love.

Stopped shaving when the #govtshutdown started. Hoping it ends before it gets too hairy pic.twitter.com/wL5OgDGOxO — Govt Shutdown Beard (@shutdownbeard) October 6, 2013

Other furloughed workers have launched new Twitter handles specifically to document their trips to the zoo, the changing of laundry loads, and other things you do in the face of nascent unemployment.

Women can get in on the fun, too. Though a few of them seem to be having real trouble letting go.

Having a face-to-face meeting with my regular telework partner. #furloughselfies#1stdown@justinherman@lazydonutpic.twitter.com/Jil8RS6ZoR — Gwynne (@gwynnek) October 6, 2013

I’m a flat-lander, so I was already growing my beard out for winter. But sure, I’ll hop aboard the bandwagon.

Are you growing out your beard to support furloughed government workers?