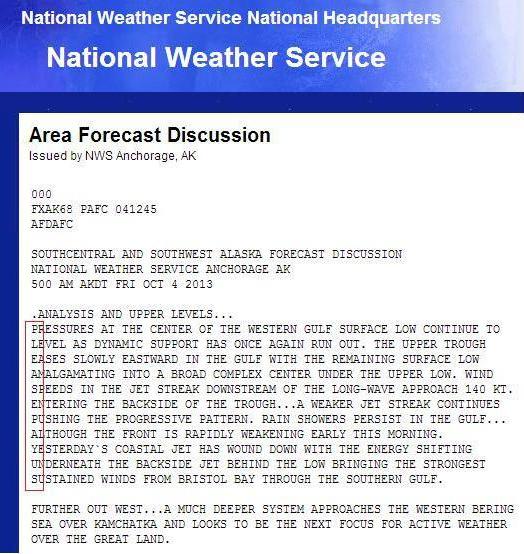 NOAA, like many government agencies, are in a state of limbo at the moment as the government has officially shutdown. The employees at the Anchorage National Weather Service office are currently working but they aren’t sure if they’ll ever get paid.

And they would really like to get paid. So they sent a little secret message out to the public.

Dan Sobien, president of the National Weather Service Employees Organization, told Popular Science: “There’s no money to pay them .. Nobody knows when anyone’s going to get paid.”

The NOAA posted an alternate version of the weather notice on its site but they haven’t commented directly on the message. Unfortunately, they probably won’t be commenting anytime soon.

We will not be Tweeting or responding to @ replies during the #governmentshutdown. Pls see https://t.co/0IoFYJ6v8S for more info. Thank you.