Grandpa’s Letter Goes Viral: My Hateful Daughter Is The Abomination...

A grandpa’s letter to his daughter went viral this week after it was posted on the FCKH8’s Facebook page. The letter says that the young gay man, named Chad, was not an abomination against God. Grandpa writes that if anyone is an abomination it’s his hateful daughter. 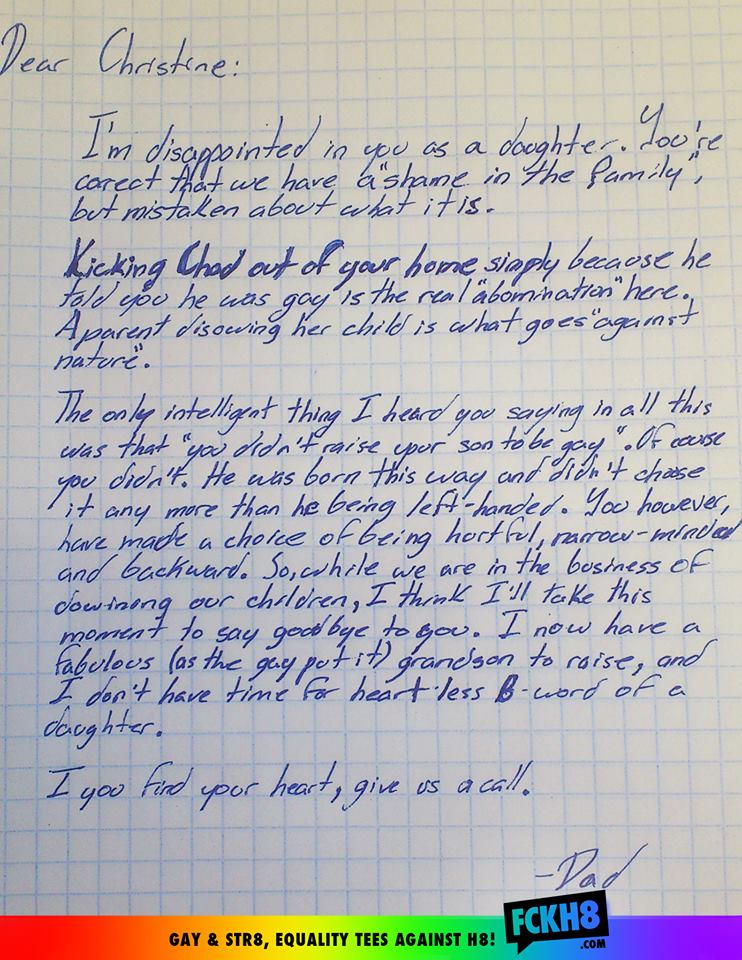 If you can’t translate Grandpa’s handwriting, the letter reads:

I’m disappointed in you as a daughter. You’re correct that we have a “shame in the family”, but mistaken about what it is. Kicking Chad out of your home simply because he told you he was gay is the real “abomination” here. A parent disowning her child is what goes “against nature.” The only intelligent thing I heard you saying in all this was that “you didn’t raise your son to be gay.” Of course you didn’t. He was born this way and didn’t chase it any more than he being left-handed. You however, have made a choice of being hurtful, narrow-minded and backward. So, while we are in the business of disowning our children, I think I’ll take this moment to say goodbye to you. I now have a fabulous (as the gays put it) grandson to raise, and I don’t have time for heart-less B-word of a daughter. If you find your heart, give us a call. – Dad.

The message has been shared more than five thousand times from the FCKH8 Facebook page and has received close to 12,000 likes. It was also posted to websites like Reddit where it has received more exposure.

Coming out to your parents is a difficult task that isn’t always accepted with open arms. Of course, sometimes it is. 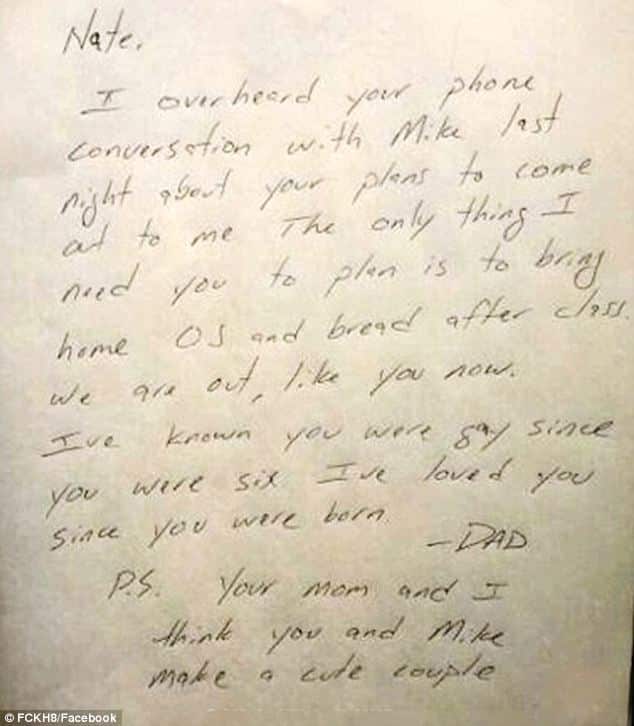 And in case you can’t decipher that one either, the letter reads:

“I overheard your phone conversation with Mike last night about your plans to come out to me … The only thing I need you to plan is to bring home OJ and bread after class. We are out, like you now. I’ve known you were gay since you were six, I’ve loved you since you were born.”