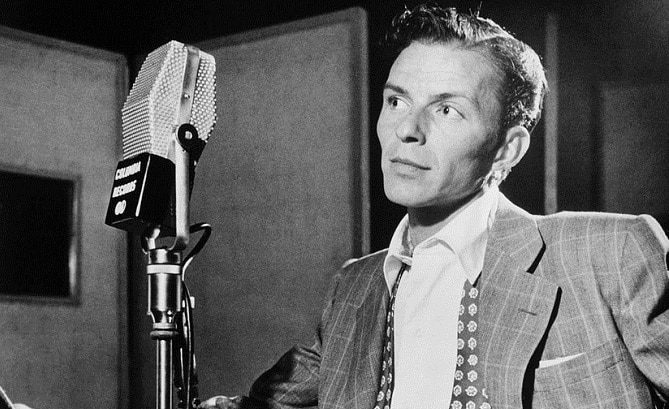 If you were born sometime between 1998 and 1915 there’s a chance that you’re Frank Sinatra’s kid. Well, that’s the new theory from Ronan Farrow.

The son of Mia Farrow and, well, possibly Frank Sinatra, took to Twitter today to poke fun at a recent scandal published in Vanity Fair.

In the recent issue of Vanity Fair, Mia said that she doesn’t know if Woody Allen is really Ronan’s father. Mia said that Ronan may actually be Frank Sinatra’s son.

Mia was married to Sinatra for a little over a year in her 20s but she told the magazine that her relationship with Frank “never really ended.” They continued to see each other even when she started dating Woody Allen.

Allen’s publicist said that Mia’s claim was so ridiculous that it didn’t warrant a response. So for now, we only have two things to go on: Mia Farrows interview which claims that Sinatra could be Ronan’s father. And Ronan’s tweet, which claims that everyone could be Sinatra’s child.

Surprisingly, this is one of the tamer stories to come out of Mia Farrow’s relationship with Woody Allen. The craziest story is definitely the fact that Allen had an affair with his adopted daughter. Who, by the way, is now his wife.