Facebook introduced larger link images in early September, and according to a new study from EdgeRank Checker, average clicks have increased 69 percent.

The new link images are 3.5 times larger, and users can also click the image thumbnail to visit an article.

While 14 posts is a very small sample size, a lot of thought was put into the experiments:

Experiment A had 8 total posts. All of the posts had identical copy, content, and link description, except for the size of the image. We paired up posts in sets of two, one news feed targeted to an age group such as 24-25 and the other targeted 26-27. These sets were published at the same exact time on the same day. This experiment was carried out over several days. This way, each pair was reaching a random grouping of people similarly distributed against other demographic information such as gender and location. The age groups we tested ranged from 22-40.

Experiment B was tested with 6 total posts, all of which were posted at the same time with different age groups targeted. All posts had identical copy, content, and link description. Three posts had large link images, 3 posts had small link images. Ages 24-36 were targeted. Each age group alternated between big or small link image.

When it came to the average reach of total clicks, there was a 55 percent increase from small link images. 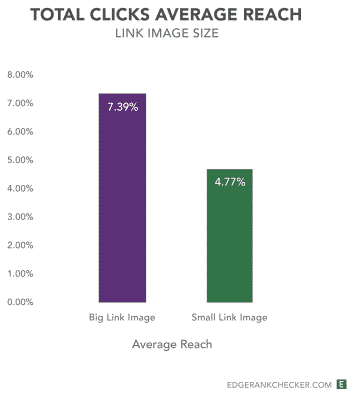 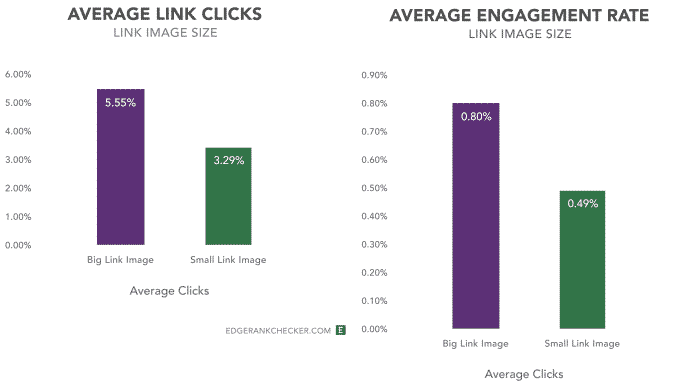 Facebook has often been criticized over the lack of engagement on shared links, so this slight increase should at least please some users.