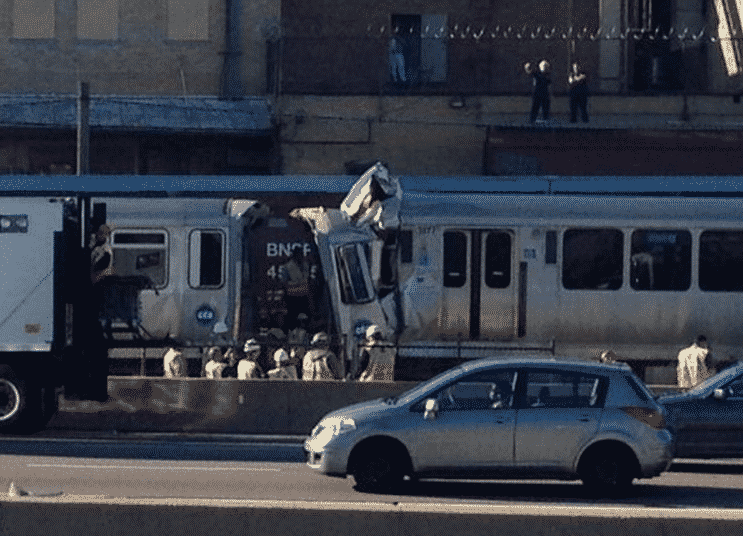 An elevated train crashed in Chicago this morning near the Harlem station in the suburb of Forest Park. The accident happened at about 7:45 this morning.

The Chicago Train crash involved two CTA blue line trains. A train heading toward downtown Chicago crashed into another train that was standing at the Harlem station.

Service was temporarily halted but the CTA said that the trains should be back and running later this morning.

We are preparing to restore Blue Line train service to Forest Park. Update to follow.

The cause of the train crash is not known but CBS speculates that the blue line train may have been hijacked. Why? The evidence is pretty slim at the moment but the news station notes that the train that crashed into the standing train at Harlem only had four cars. The train was also driving on the wrong side of the tracks.

That does seem a little suspicious but there’s no real evidence that the train was hijacked.

Ain’t nobody hijack no train. The trains ran into each other. Where do y’all get this stuff?

The CTA will be there if you try to jump the turnstile, but if you hijack an entire train they’re nowhere to be found. Ok ok