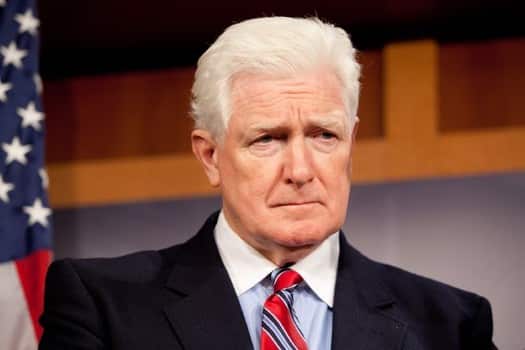 Jim Moran (D-VA) took to Twitter on Saturday night to complain about having to work over the weekend. Republicans and Democrats are currently battling against a government shutdown and the future of ObamaCare.

On Saturday night the Democrat tweeted that he was “managing the debate on paying our troops”:

Managing the debate on paying our troops during #GOPshutdown

What a way to spend a Saturday night #EnoughAlready

Jim Moran may be working on a Saturday night but that seems like a small price to pay for his $174,000 annual salary.

Reactions to Moran’s tweets have not been kind:

I’m working, why shouldn’t you? How much do you make a year, anyway? RT @Jim_Moran What a way to spend a Saturday night #EnoughAlready

@Jim_Moran You could always resign. I know this constituent would be glad to finally get real representation in Congress. — Charles Hoskinson (@cehoskinson) September 29, 2013

@Jim_Moran Here’s an idea…do the country a favor and turn in your resignation. And take that damn @NancyPelosi with you!

Do you think Jim Moran was being lazy or commenting on the fact that the GOP’s government shutdown tactic shouldn’t have occurred in the first place.