It’s that time of year again. Halloween is just one month away and people are already getting into the evil spirit. The Nightmares Fear Factory has opened its doors, turned on its cameras, and now it’s time for some haunted house reaction photos. 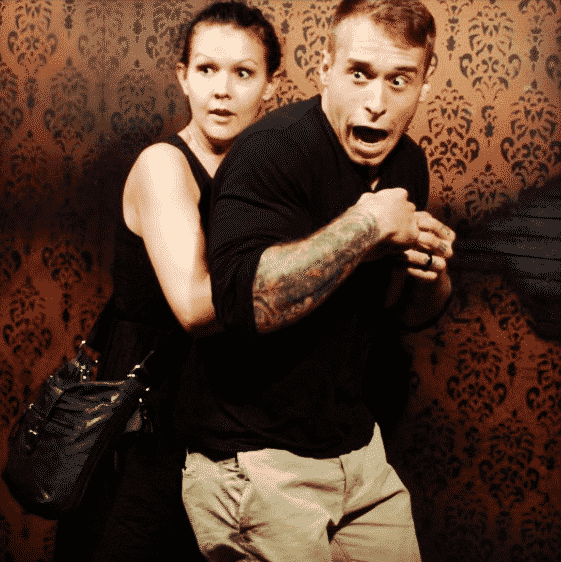 The Nightmares Fear Factory prides itself on being one of the scariest haunted houses in the world. The haunted house at Niagara Falls claims that it was once a “Cataract Coffin Factory” run by Abraham Mortimer. The factory closed after Mortimer was killed when a group of thrill-seekers pushed a stack of coffins on top of him.

They may not sound too scary but wait until you hear it in a smoky dark voice….

The Nightmares Fear Factory may have a scary origin story and it may pride itself on being “The scariest and best haunted house attraction in Niagara Falls Canada” but the location’s true claim to fame has more to do with comedy than fear.

The Fear Factory has cameras set up in the haunted house to capture people in the most frighteningly hilarious positions. You can check out all of the photos on their Instagram account or scroll through the best photos in the gallery below.

The Best Haunted House Reaction Photos From The Fear Factory