Disney’s Into the Woods began principal photography last week and the first photo has already surfaced on Twitter.

In the photo from the Brothers Grimm fairytale Streep is shown creeping over tree limbs.

The A-list actress plays a Witch who wishes to reverse a curse that has taken away her beauty.

If you are unfamiliar with Into the Woods it is a musical that features a modern twist on the Brothers Grimmy fairy tales.

The musical explores the consequences of the quests of Cinderella, Little Red Riding Hood, Jack and the Beanstalk and Rapunzel. All of the fairytales are tied together with the help of an original story about a baker and his wife, and the witch who casts a spell on them. 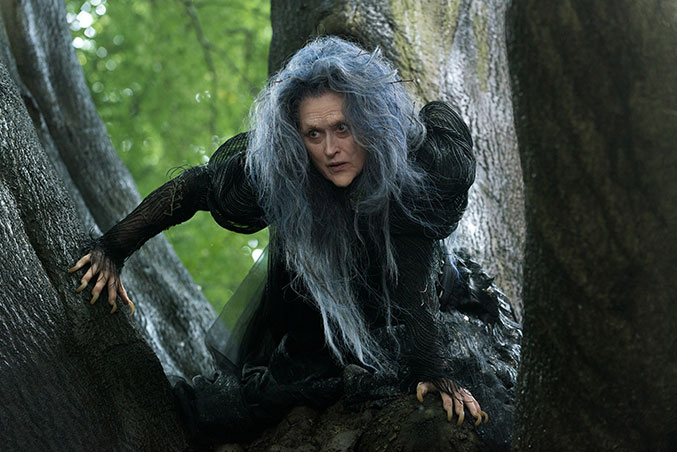