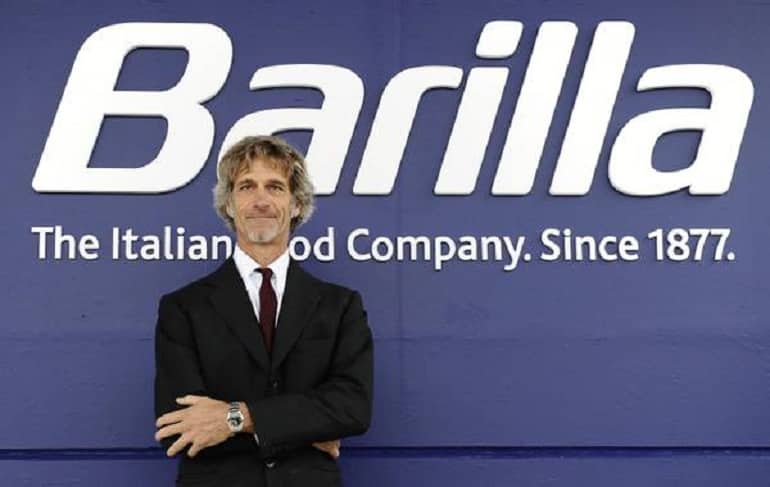 Pasta giant Barilla has come under fire after its CEO proclaimed that gay couples will never be featured in a Barilla marketing campaign. Company CEO Guido Barilla announced that gay people have no reason to eat his pasta and that it was made for a traditional household where women do the cooking. In a recently Italian radio interview Guido Barilla proclaimed:

“I would never do [a commercial] with a homosexual family, not for lack of respect, but because we don’t agree with them.”

He then talked about women and their fundamental role in the family:

“Ours is a classic family where the woman plays a fundamental role.”

In defending his decision Barilla added that if gays “like our pasta and our advertising, they’ll eat our pasta. If they don’t like it, then they will not eat it and they will eat another brand.” Not surprisingly the anti-gay remarks led to attacks from gay-rights groups, gays, and even straight supporters of gay rights. We scoured Twitter to find some of the tweets that have set the tone against Barilla: A Bad Image For Italy

Italy still lives in the past. I want to live where people are equal. “Barilla says no to gay couples in ads” http://t.co/7zJ9dC2koO

@BarillaUS @Barilla My GAY family used 3 or more boxes of your pasta per week. Yep, past tense. We’ll find a non-bigoted brand. — Starts with a C (@christopherink) September 27, 2013

Barilla’s Anti-Gay Stance Not Winning Over Any Potential Customers

I’m not gay but I #boycottbarilla – outrageous – I’d b surprised if their bs won’t reflect negatively on their bottom line.Go away #Barilla — Secret Raindrops (@SKDNY) September 27, 2013

@GMA I think this guy is an idiot and just lost a lot of customers. I’m a proud sister of a gay brother. No more barilla pasta in this house — Jennifer weiler (@jennifer_weiler) September 27, 2013

Apology appalling, too. There are no gay women, apparently, in ‘classic families’ women cook…? http://t.co/xu6Aqd2wY7 #boicottabarilla

It appears on the surface that the Twitter campaigns against Barilla have worked. On the company’s Facebook page Guido Barillo issued the following apology in which he tries to backtrack and clarify his words. Here is the translation of his remarks which were posted in Italian:

“With reference to my statements made yesterday … I apologize if my words have led to misunderstandings or controversy, and have bumped the sensibilities of some people. For clarity I would like to point out that I have the deepest respect for any person, without distinction. I have the utmost respect for homosexuals and for freedom of expression to anyone. I also said and repeat that respect marriages between persons of the same sex. Barilla in its advertising has always chosen to represent the family because this is a symbol of welcome and of suffering for all.”

Not many Twitter users have taken issue with the company basically claiming that a female should be cooking its pasta. Although as highlighted above we didn’t find some discouraged females.

Are you boycotting Barilla pasta over its anti-gay remarks?