Several weeks ago National Geographic posted images of a jaguar attacking a crocodile. The incident which occurred in Brazil’s Pantanal wetlands has now revealed a riveting and viral video.

There is no visible blood in the video, the incident was caught from far enough away that we only catch the stunning efficiency for the which the jaguar is known.

“This guy knew his business. This guy got right in the thickest part of the brain case and sunk those teeth in, and that’s pretty amazing when you consider that a caiman’s brain is probably the size of a walnut.”

The jaguar vs. crocodile video was captured by Kedar Hippalgaonkar and his wife, Parul Jain. The couple were touring the area with SouthWind Adventures.

The viral video was uploaded on September 26 and less than 24 hours later it has racked up more than 860,000 views. 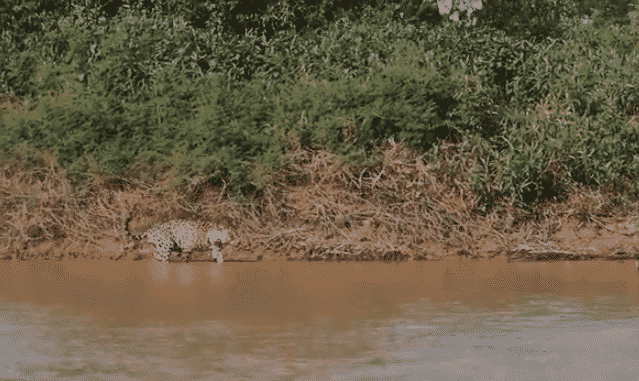