Robin Williams stopped by reddit on Wednesday to promote his new show The Crazy Ones, to explore the medium, and to remind us all that we pretty much grew up with him.

Here are a few of the things we learned from his AMA:

No. 1 – He Gave Canada An Awesome Backhanded Compliment

Whoa, that’s an amazing backhanded compliment. Yankees and Canucks will need some ointment after that burn (possibly caused by the meth lab explosion).

Additionally, reddit was so taken with this line that they pushed a new meme to the top of the thread: 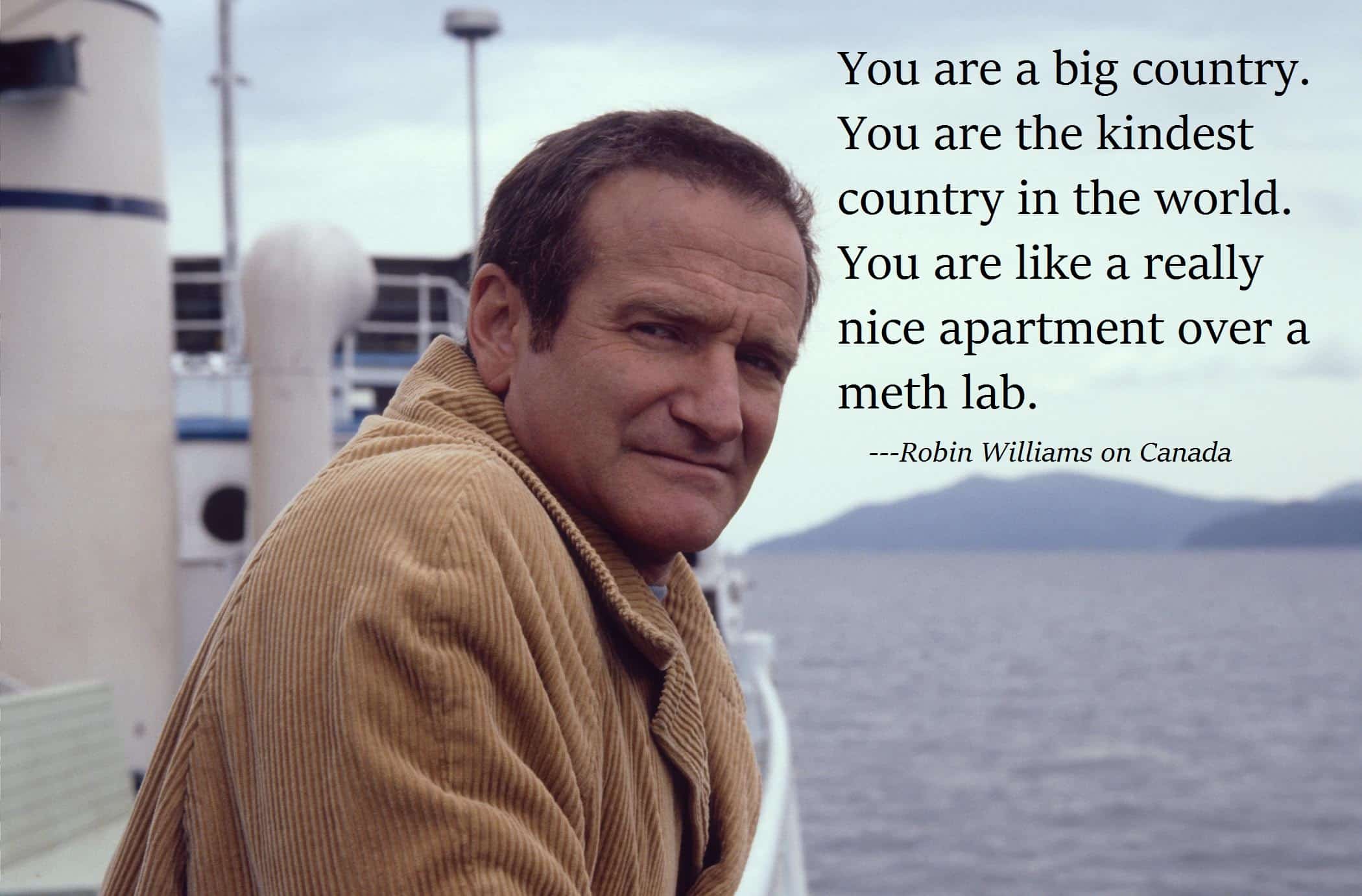 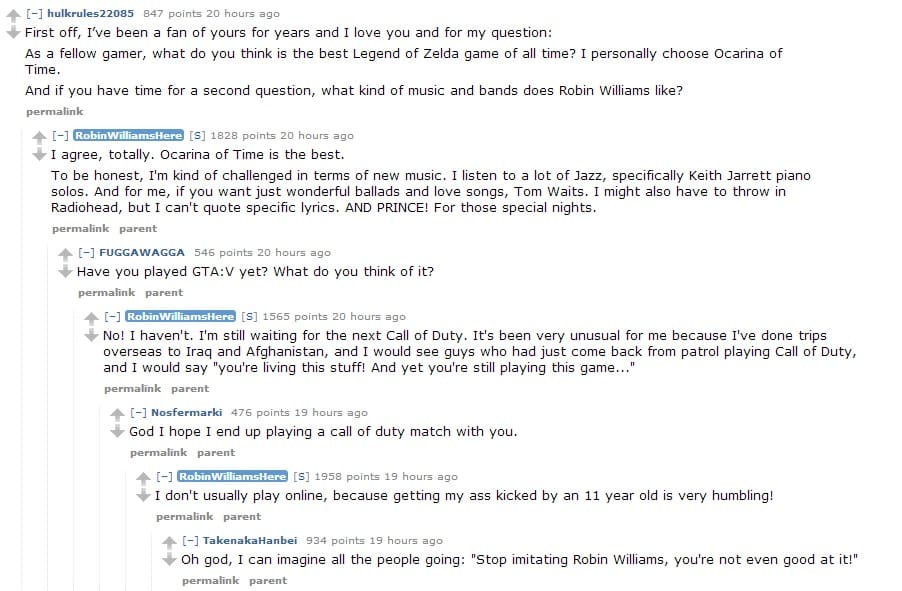 Yeah, that often keeps us off Xbox Live as well. Still …

No. 4 – Christopher Reeve Fed His Poor Ass In College

And here we thought Christopher Reeve’s stock was as high as it could humanly get. 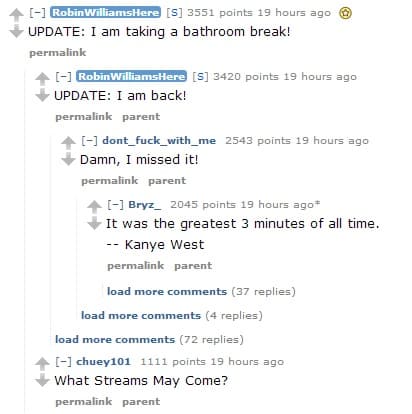