After a few years away from the game, Hilary Duff is hard at work on a new album. Although details about the project are sketchy at best, apparently she is working with Billy Mann on a brand new song.

Hilary Duff’s last album dropped back in 2007. Thus far, Dignity has sold over 400,000 copies. However, this doesn’t come close to matching the success of her 2004 self-titled album. That particular collection of tunes sold over one million copies around the world.

Need proof that the singer and actress is hard at work on some new music? Check out an image that was taken on her way to the recording studio. The pic was recently posted to Instagram. 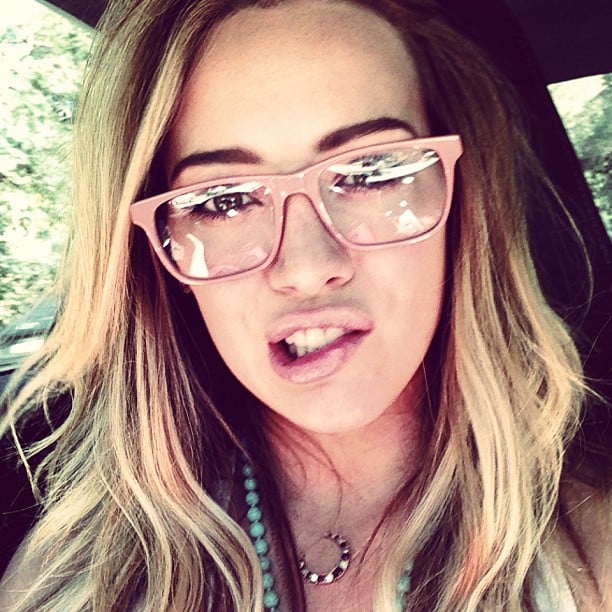 Although she didn’t post this herself, she did retweet some info about her time at the West Hollywood recording studio. Confirmation? I think so.

@HilaryDuff was at @TheLairStudio today with @BillyMann recording a new song called “Better Days” for her new album.

And here’s a pic of the girl laying down some new tracks.

Don’t pretend that you’re not excited about Hilary Duff’s return to the world of music. Her new album will mostly likely arrive at some point next year. Start saving your pennies now.