YouTube Integrates Google+ Comments, On All Videos Later This Year

YouTube has been pushing users to integrate with their Google+ account, and starting this week, will roll out new comments powered by Google+.

The announcement was made on the official YouTube blog, and the video site says users will start seeing the new comments on their channel discussion tabs.

Towards the end of the year, the new comments will roll out to all videos.

Virtually identical to Google+ Comments for Blogger, public Google+ posts will appear within the comments section with the tag “Via Google+.”

Users will be able to sort comments by “Top Comments” or “Newest First,” and by clicking the Circles icon, can see comments just from people in their Google+ Circles.

You can still reply to comments, and when you go to post your own comment, you have the option of sharing it to Google+ and/or specific circles. 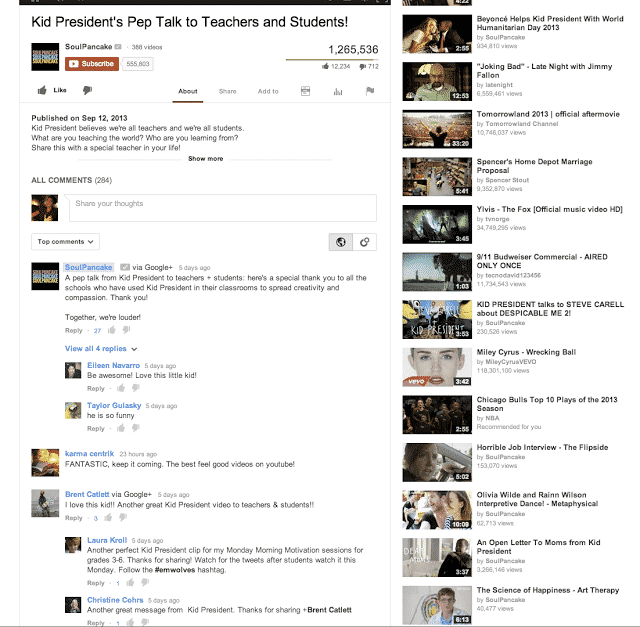