America’s next big star may be standing on your street corner begging for food. A YouTube video of a homeless man doing Breaking Bad impressions started going viral today but the internet isn’t convinced that the man is homeless.

The first tip for many was that the homeless man somehow had access to Breaking Bad. And not just old seasons on Netflix but recent episodes.

Clue number two was the fact that the homeless man looked pretty healthy. With the exception of his scraggly beard and lack of shirt, the man in the video looks fit and well-nourished.

Which brings us to clue number three: His IMDB page. 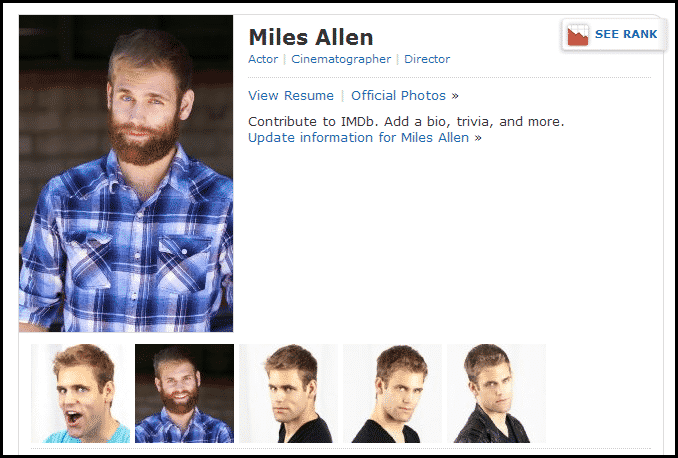 Miles Allen hasn’t confirmed that he’s the guy in the video but he sure looks like him.

Allen has landed coveted roles like Hot Guy #1 in the movie Whoa! and Vic in the show Signs Of Love. His role as Homeless Man doing Breaking Bad impressions on YouTube has not been listed on his IMDB page.

His Joker impression video, for instance, only has about 500 views.

Do you think it’s fair to post a fake video in order to get some free publicity? A struggling artist has to eat, right?