Myspace Teams Up With Jimmy Kimmel Live To Stream Paul...

Myspace has been under the radar since launching its new site out of beta back in January, and hopes to change that by streaming two exclusive concerts.

An email was sent out to users this evening with the subject line “Two Rock Icons. Two Nights. Too Big to Miss. McCartney and Timberlake Live on Myspace.” 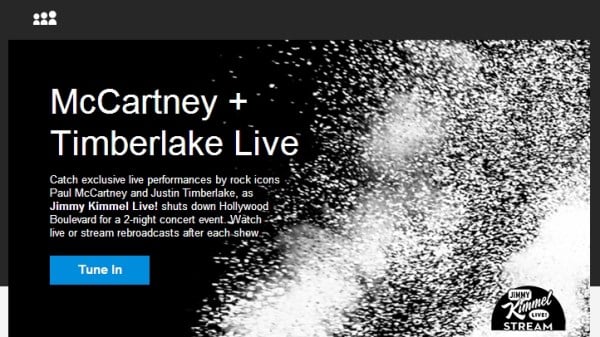 The social network has teamed up with Jimmy Kimmel Live for a special two-night event, and will stream Paul McCartney tonight starting at 12:38 AM Eastern.

To tune in, simply head on over to the Jimmy Kimmel Live Myspace page, and be prepared to rock.

Myspace is not requiring people to sign in, but you might want to create an account if you have not already to see what you may have been missing.