Move over Miley Cyrus, Sofia Vergara is the best twerker in town.

Vergara writes on her WhoSay account: Miley cyrus this is where the twerk was invented. Colombia! 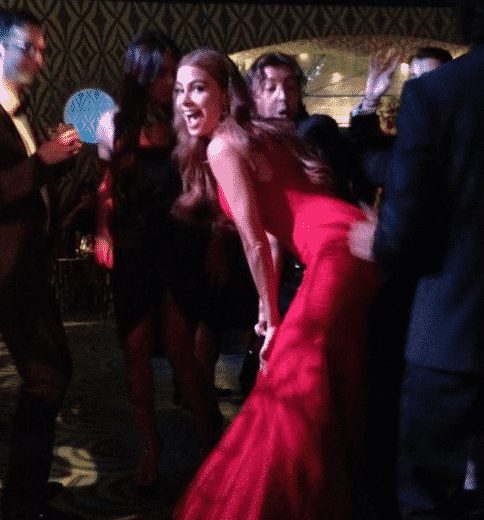 Sadly, there is no video evidence of Sofia Vergara twerking. There are, however, several other photos of the beautiful actress partying, dancing, and eating hamburgers.

Vergara sent out so many photos from the Emmy Awards last night that we had to break it down into two articles. You can check out more backstage photos of Sofia Vergara here.

If that doesn’t satisfy your desire for Sofia Vergara photos you can also check out some pics of the actress when she was a blonde. Or, you know, when she sent out a picture of herself in a thong.