Sofia Vergara had her picture taken a billion times (I’m guessing) as she walked the red carpet at the Emmy Awards but the Modern Family actress also took a few of her own. 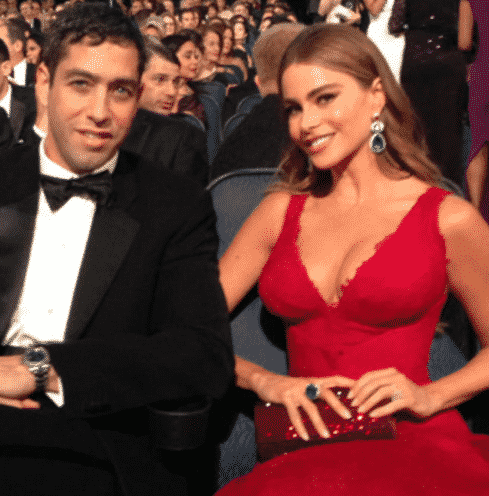 Vergara sent out a few photos from backstage at the Emmy Awards tonight. The Modern Family actress joined Jimmy Kimmel on stage to present the best actor in a comedy series award. But before they took to the stage the two took a photo together. 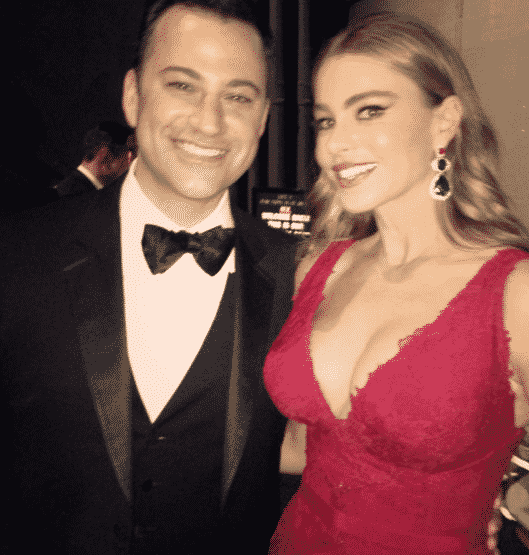 Twitter blew up with comments about Vergara after she presented the award. Most of them, of course, were about her wonderful dress.

Never expected to see Golden Globes at the Emmys. Thanks, Sofia Vergara! #Emmys

I would motorboat @SofiaVergara so hard right now. I like men and I would still do that. DAMN, GIRL! #TheEmmys

Why is Sofia vergara so perfect… Like holy Boobs… #perfect

Of course, Sofia Vergara wasn’t the only beautiful woman at the Emmy Awards tonight. Tina Fey caused her own Twitter stir earlier in the night. Which is why this photo is so fantastic. 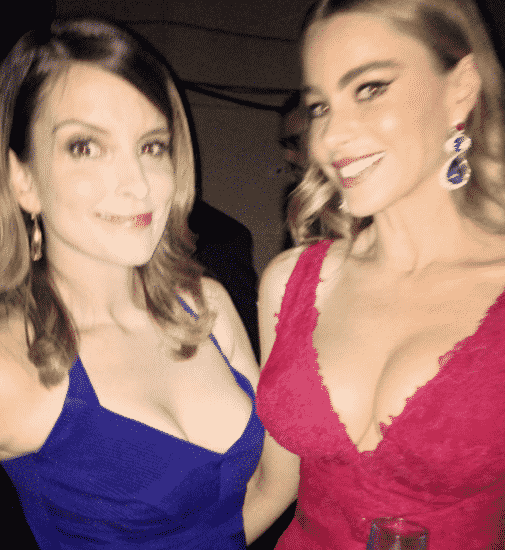