Children Of The NRA Should Be The Next Mass Shooting...

We’re immediately going to stop saying “don’t share your feelings on social media ever or you’ll get fired” because for one, it’s clear no one is listening, and two, it actually gives us good stuff to write about now and again.

For instance, a University of Kansas journalism professor was recently suspended for tweeting about the Navy Yard shooting and wishing a pox upon the houses of NRA members.

#NavyYardShooting The blood is on the hands of the #NRA. Next time, let it be YOUR sons and daughters. Shame on you. May God damn you.

The tweet failed to garner any real fanfare until Thursday, when it was posted online by campusreform.org, a watchdog website that “exposes bias, abuse, waste, and fraud on the nation’s college campuses.”

Since then, Guth has earned quite the lashing on social media, and some state lawmakers have even called for his firing.

The university has placed Guth on an indefinite leave “in order to prevent disruptions to the learning environment,” and Guth himself told the AP that the university made the right call. Still, he doesn’t regret that his tweet “got a conversation going” because “that was exactly what I wanted to do.” 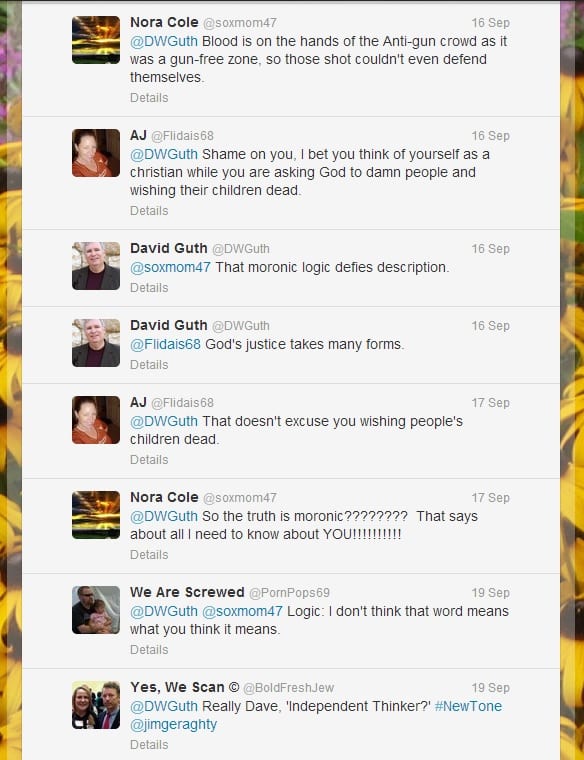 It’s probably the quantity that counts in this case.