4-Year-Old Flips Out When Dad Updates To iOS 7

YouTube user Derek Colling thought his 4-year-old son would be thrilled to see the new iOS 7 platform. Instead the young child freaked out and started crying. Apparently his son couldn’t figure out how to use the new OS and he was having none of it.

The little boy is seen begging and pleading in the video as his dad explains that its a better platform.

On the YouTube page which has racked up 150,000 views in less than 24 hours Derek Colling writes:

“I knew he would be surprised but I didn’t expect this reaction!

Another update: lost619 reminded me that he didn’t know how to unlock iOS 7 because the swipe bar was missing. After I showed him he said he didn’t like it and wanted the old one back. He was fine with everything until he realized that it wasn’t a simple setting to switch back.

Update: My son doesn’t own an iPhone or really much of anything, he’s 4. I updated my iPad with iOS 7 and he uses it when I’m not. He wasn’t upset until I told him we couldn’t go back to iOS 6. He’s a cool kid that doesn’t like change much, deal with it.”

I just picked up my new iPhone 5S and I’m only freaking out half as much as this 4-year-old iPhone iOS 7 user but I’m 33-years-old. 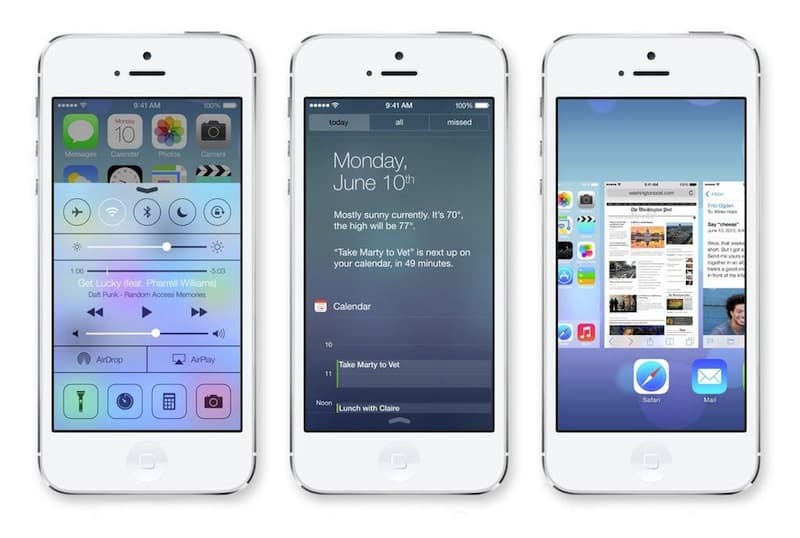