#WeDay Trends On Twitter As Organization Attempts To Inspire The...

The hashtag #WeDay is currently trending on Twitter and for good reason. We Day is an education event and a movement that aims to educate and inspire young people while leading the way towards positive global change.

We Day is part of the We Act program which aims to provide yearlong curricular resources, campaigns and materials to help turn the day’s inspiration into sustained activation.

The We Day group is part of a family of organizations that include Free The Children and Me to We. The groups offer the shared goal to “empower a generation to shift the world from ‘me’ to ‘we’—through how we act, how we give, the choices we make on what to buy and what to wear, the media we consume and the experiences with which we choose to engage.”

People attending We Day are posting photos of movie stars, singers, and others on Twitter:

Demi and Darren backstage (they will perform together) #WeDay pic.twitter.com/HlyhF7UyYM

.@AustinMahone is just one of the many talented #WeDay performers we interviewed today! Stay tuned! pic.twitter.com/UydJLJ3blp — Faze Magazine (@FazeMagazine) September 20, 2013

There was even some Jonah Brothers love for #WeDay:

We spotted @nickjonas @joejonas @kevinjonas outside our office today. They're in TO for #WeDay @metowe pic.twitter.com/b4rMWvKT1S

So are you ready to: 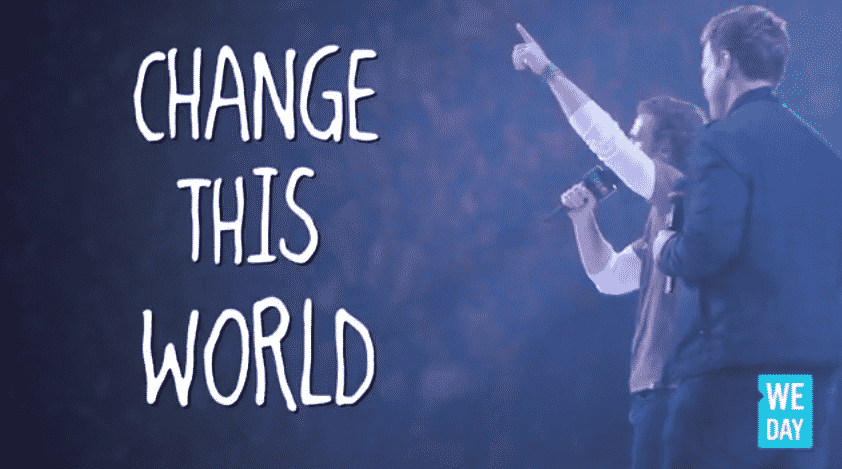