Photo Startup Lets You Store All Your Social Network Photos...

If you’re like me you tend to store digital photos on so many social networks that you often lose track of where those photos reside. With options that include Facebook, iPhone, Flickr, Dropbox, Picasa and many others I’m sure many of our readers have the same probem. That’s where the new startup service ZangZing comes into play.

The service offers an intuitive user interface that allows users to quickly enter their social network accounts into a single dashboard that then pulls in all of their photos to a single service. The program is compatible with iPhoto, Picasa, Facebook (including your friends’ photos), Flickr, Instagram, Shutterfly, Kodak, MobileMe, SmugMug, Photobucket and Dropbox.

Users also have the option to upload new photos that are loaded form their desktop to ZangZing through Facebook, Twitter and even email.

Not only can users create their own photos, they can create group projects through ZangZing’s group photo sharing option which allows for a type of collaborative photo album creation scheme.

One a friend decides to accept your group invitation they simply send an email to your album’s email address such as albumname@yourusername.zangzing.com which means they don’t have to signup to get started. This particular feature works great if you want to share photos from a sporting event, convert or another event where multiple people were taking photos. 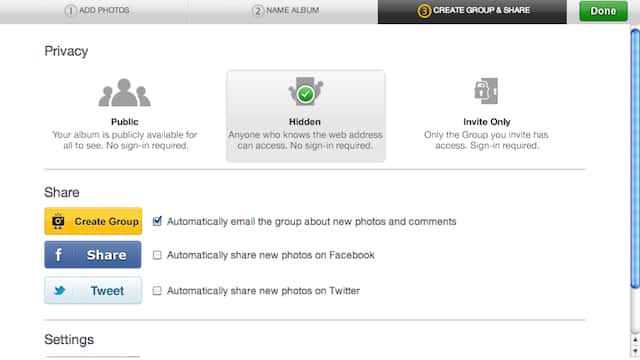 Here’s a quick look at the sites output, as it’s still in beta some options are not available, for example sorting of albums is a bit of a pain, there’s no sub-folders and there’s no instant automatic import feature currently available. 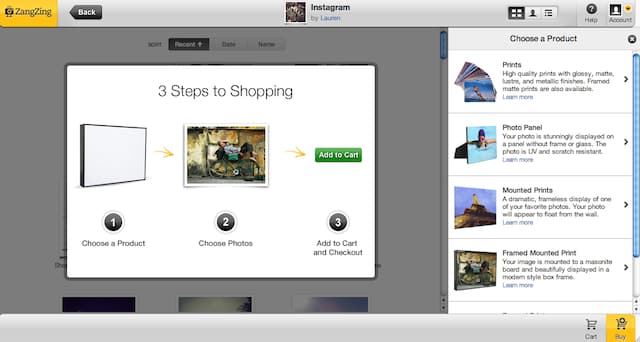 The company is still working on an optimized mobile version of the platform but in the meantime users won’t be inundated by ads as ZangZing hopes to make it’s money by eventually introducing paid prints for photographs and by offering a freemium model that provides 2 gigabytes of storage at signup with the option to earn 8 gigabytes through friend signup referrals.