Iran’s ‘Moderate’ President Wants Citizens To Have Rights, Not Sure... 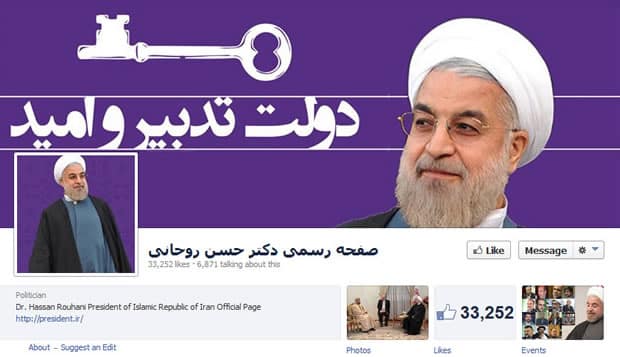 So Iran’s new president, Hassan Rouhani, is what you’d call a “moderate” who believes in “rule by the will of the people” and “the ballot box.” Does that mean he’s going to drop the government firewall preventing Iran’s citizenry from using social media sites like Facebook and Twitter?

In an exclusive interview with Ann Curry for NBC News, Rouhani talked about a lot of things. You can watch it here, but the Cliff Notes are pretty familiar (he doesn’t like Israel, Iran is really different this time, really). Rouhani pretty much tap-danced all over Curry’s questions, dodging substantive and direct answers in favor of intellectual ambiguity (he has a PhD, after all).

Right now, you might be thinking “Whoa, you’re drawing some pretty heavy lines for a publication that only concentrates on social media,” but social media is precisely why I’m a little miffed with Rouhani right now.

See, you don’t get credit for saying you’re a moderate when you fail to change anything. When it comes to lifting the firewall on social media, set in place in 2009 when a despotic regime realized that people with freedom of speech aren’t very tolerant of dictators, Rouhani doesn’t place it (read “it” as: basic human rights) very high on his action-item list.

“We want the people, in their private lives, to be completely free, and in today’s world having access to information and the right of free dialogue, and the right to think freely, is the right of all peoples, including the people of Iran,” he said, off to a great start.

Curry asked whether Rouhani was implying that the government would lighten up on Internet censorship. He dodged, pledging a “commission for citizens’ rights,” or something.

“The viewpoint of the government is that the people must have full access to all information worldwide,” Rouhani replied. “Our opinions on this should based on protection of our national identity and on our morals.”