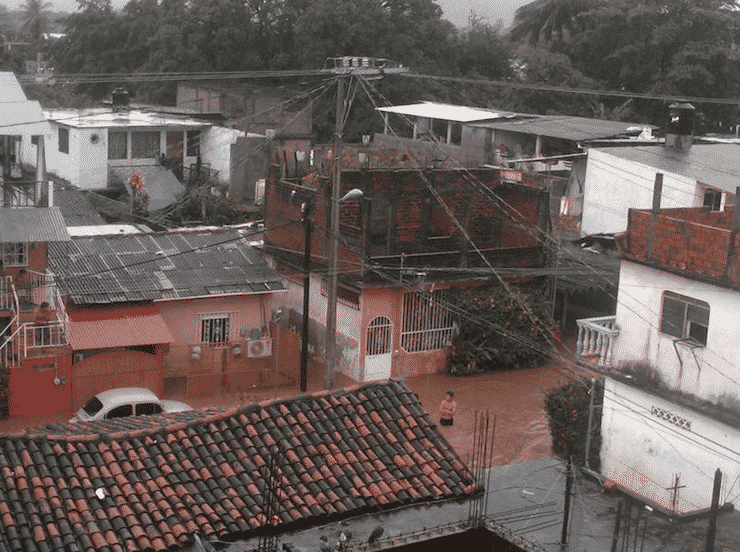 Hurricane Manuel has buried homes along Mexico’s Pacific Coast and dozens of people are missing after landslides ravaged the area.

At least 58 people have been reported missing in the municipality of Atoyac de Alvarez.

Speaking to CNNMexico the mayor of Atoyac, a town located 50 miles west of Acapulco, revealed that 15 bodies have been recovered and 70 people remain trapped in 20 homes that were covered with mud.

Rescue workers have pulled hundreds of people to safety in La Pintada after a massive landslide caused widespread devastation. Authorities in the area are not sure how many people have died or have gone missing.

Manuel turned into a hurricane on Wednesday evening and brought with it massive winds and flooding.

At least 80 people have been killed according to Mexico’s interior ministry.

As rescue workers continue to search for survivors and pull bodies from the devastation left behind some residents and workers have begun to post pictures from Hurricane Manuel on Twitter and Instagram.

Just in – photo of waist-deep floodwaters in parts of Acapulco from #Manuel: pic.twitter.com/Hw9cGEXnqj via @EmergenciasAca

On Instagram the hashtag #HurricaneManuel further shows the problems being faced by residents and visitors in the area:

Those are just a few of the photos appearing across the social landscape.

Our thoughts go out to everyone in areas struck by Hurricane Manuel.