Facebook is yet another social network to take advantage of iOS 7, and starting today, is launching an update to its iPhone app.

Instead of accessing friend requests, messages, notifications and the menu from the very top, a navigation bar has been added to the bottom.

There are five icons which consist of the News Feed, Requests, Messages, Notifications and More.

Clicking the More button will open the menu that users are already familiar with, and the bottom navigation bar follows you through the entire app.

Menus and buttons now feature a more flat design, and the new look will also be rolling out to iPhone owners still running iOS 5, and 6.

Facebook has also added the ability to swipe from left to right across the bottom navigation bar to access different tabs.

According to Product Manager Michael Sharon, over the past six months, 100 variations of the bottom navigation bar were tested before settling on the current iteration.

For iPad users, there are unfortunately no plans to introduce the bottom navigation bar, which is considered not as useful on larger screens.

What do you think about the new Facebook app update? 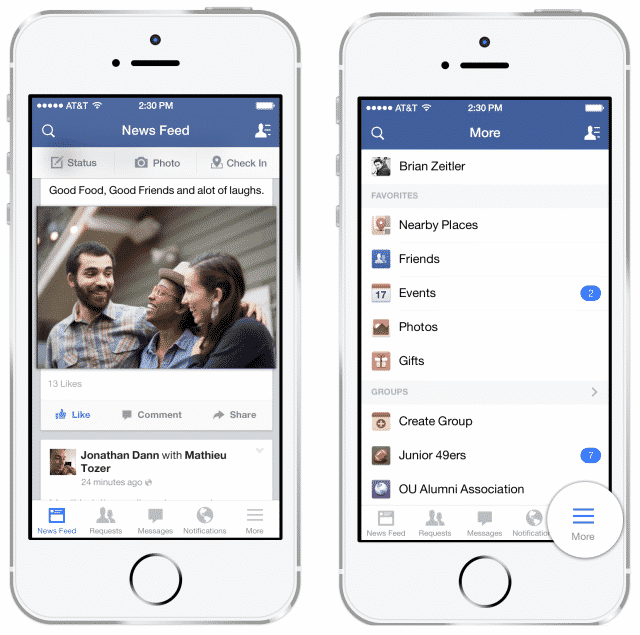