Obama And JLo Are Married And So Happy In Caribbean...

President Barack Obama and Jennifer Lopez are seriously the cutest couple. Not only that, they look to be caring and tender parents to their two beautiful daughters.

But seriously, that’s apparently what the Dominican Republic thinks according to a real estate ad from the Caribbean country posted to reddit by user Mholafico. 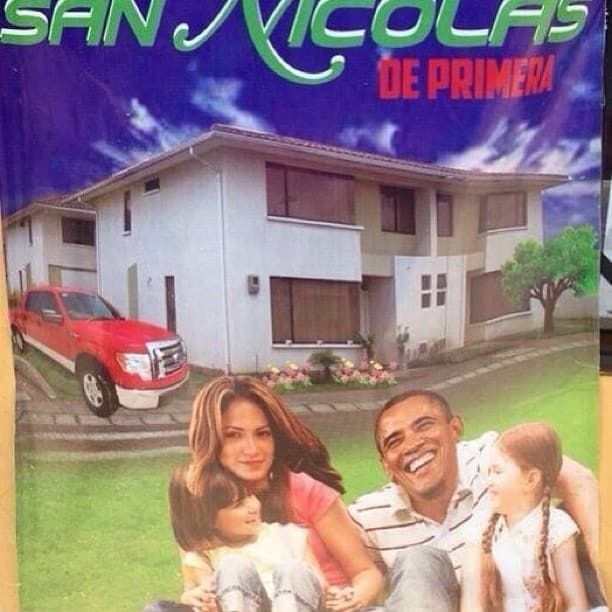 I had a roommate in college who spent a semester abroad in Africa and told me that some people there think Independence Day is a documentary and asked how we’re recovering after the invasion. I had a “Justice Heroes” set of superhero miniatures from Indonesia which included Batman, Spiderman, Goku from Dragon Ball Z and a Power Ranger.

I’m also a little disappointed that whoever copypasta’d this together didn’t use Beyonce instead of JLo. How much more topical would that have been, am I right?

In any case, we’re very hurt that we missed the wedding, but since Obama and JLo look so happy together, we feel a big swell of forgiveness coming on.

Seriously though, all this pic needs is Michelle, Sasha and Malia standing together giving stink eye in the distant background. Photoshop it!