Facebook reported $1.81 billion in revenue for Q2 2013, and according to Econsultancy and Adobe’s” Quarterly Digital Intelligence Briefing,” 41% of social advertising budgets are spent on the social network.

Responses were gathered from over 600 Econsultancy and Adobe subscribers.

While more money is spent with Facebook on the client-side than any other social network, LinkedIn came in at 18 percent, Twitter at 17 percent and “Other” at 24 percent.

Agencies spend 53 percent of social advertising budgets on Facebook, 15 percent on Linked and Twitter, and 17 percent on “Other.” 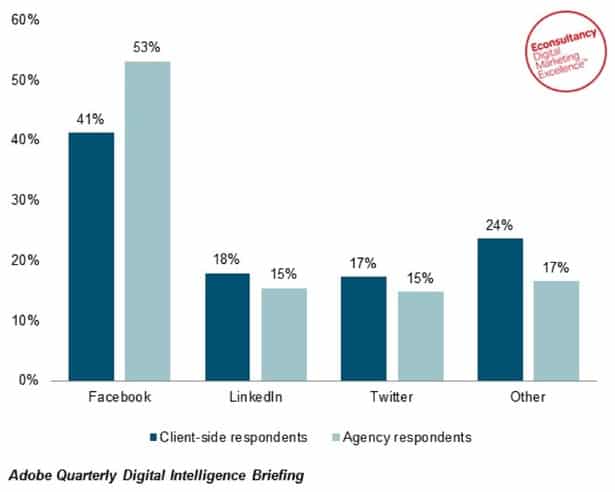 When it comes to most popular social ad units, here is the breakdown on the client-side:

Here is the breakdown for agencies: 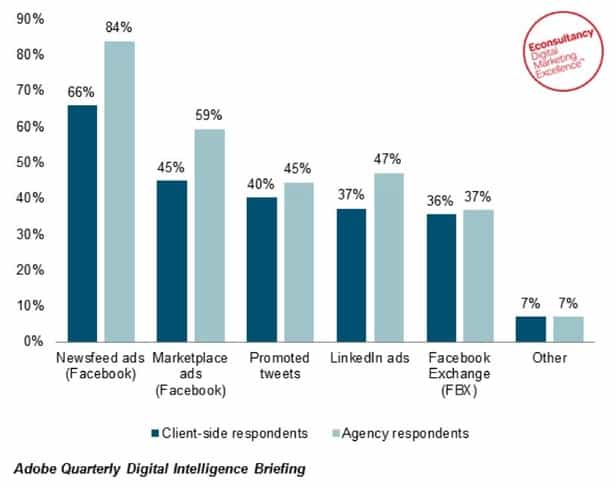 Despite privacy concerns, people are still flocking to Facebook in droves, and as these results show, it is still a valuable place to advertise.