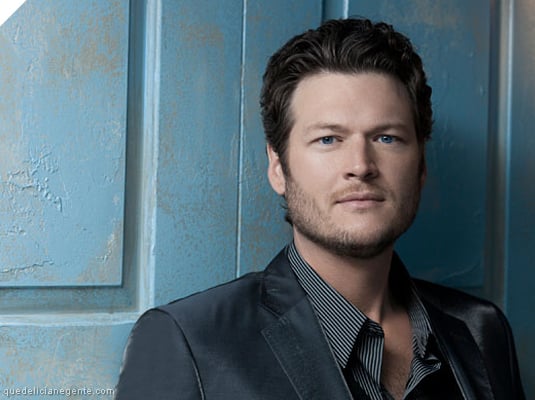 Blake Shelton was laying in bed last night dreaming of titties. The country music star had just performed a huge show in Nashville and when he returned home to his bed he had one thing on his mind: titties.

But I don’t mean in a vulgar way. I mean in a scientific way.

Shelton was lying in bed pondering the meaning of the boob. What are they for? Are they more important as a food source for future generations or is their main purpose to attract a mate? These thoughts kept Blake Shelton tossing in turning in his bed until he reached one immutable truth: Titties are pointless without the nipples.

Also as I near passing out tonight it dawns on me… Titties are pointless without nipples.

The message was retweeted about two thousand people and Blake Shelton was unofficially named the “poet of twitter.”

Shelton is up for several CMA Awards this year. Let’s hope that he brings his poetic, philosophical musings to country music’s biggest stage.

Together with the fireworks for the Independence Day weekend, the latest explosive Hollywood news involves no one else but the controversial Kanye West. The famous celebrity has revealed his plans for a presidential run. Originally planned for 2024, he has stated that he is actually going to run for the 2020 Presidential elections in November. The… END_OF_DOCUMENT_TOKEN_TO_BE_REPLACED

Recent trends have reported that K-pop fans in the US are getting mixed in with current issues in politics. K-pop fan communities are using online platforms to rally up and protest against racism in the United States. In support of the #BlackLivesMatter movement, the online K-pop community has come together in protest. Never has it… END_OF_DOCUMENT_TOKEN_TO_BE_REPLACED