Social Media Use Higher Among Women Than Men, Reveals New...

Social media use continues to rise, and according to the Pew Research Center, as of May 2013, four percent more women use social networks than men.

Pew analyzed male and female use of social media starting back in May 2008, and ending May 2013.

On average, the gap between women and men using social media is eight percent. 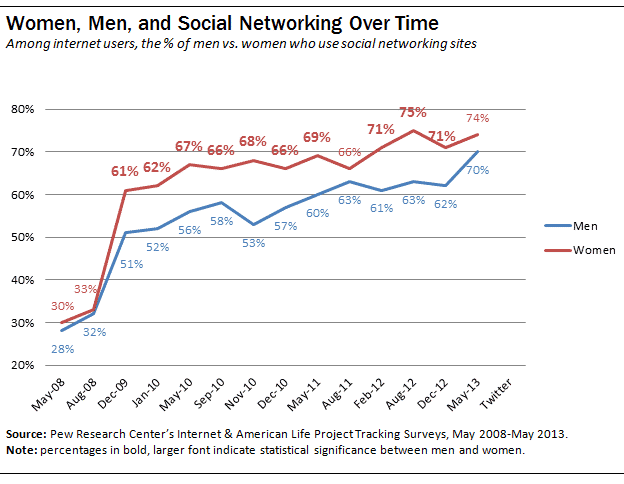 When it comes to the percentage of women and men using specific social networks, Facebook is still king.

Pinterest is still a female dominated social network with 25 percent of women using it versus just five percent of men.

16 percent of women use Instagram compared to 10 percent of men, and Tumblr usage is tied with both at six percent.

Male use of Twitter was just one percent higher at 18 percent, and more men use Reddit at eight percent compared to four percent of women. 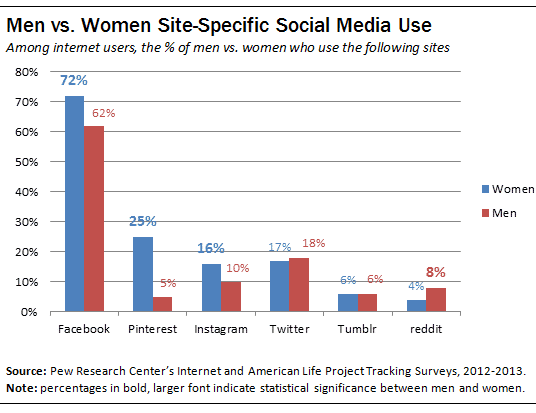