9/11 is a day that millions of Americans will always remember, and sadly there are people and companies who post on social media not fully thinking it through.

In a move that left fans scratching their heads, the Los Angeles Lakers tweeted a photo of Kobe Bryant with the hashtag #NeverForget: 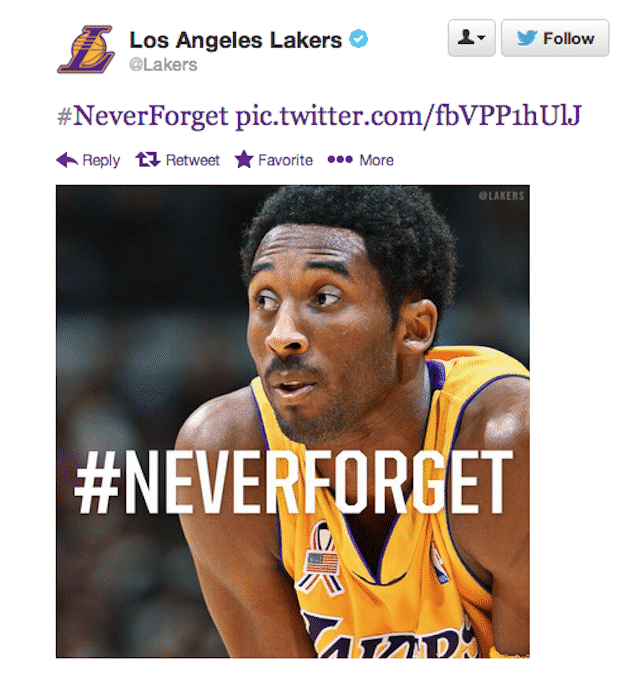 While AT&T did not specifically come out promoting one of its smartphones, their photo involving the twin towers did smell an awful lot like an advert:

Some companies thought it would be a great time to take to Facebook. and promote themselves using hashtags related to 9/11: 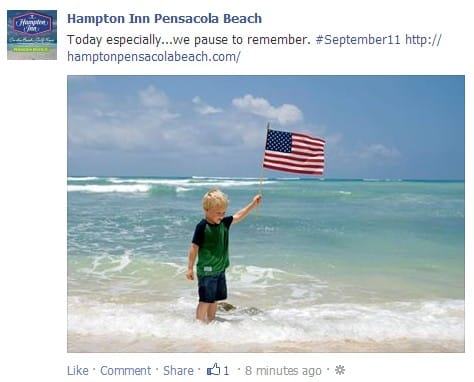 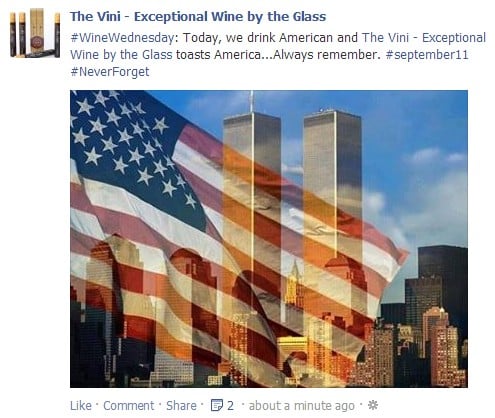 Others saw it as an opportunity to further their agenda on social media, discriminating Muslims, and grouping them into one ridiculous stereotype: 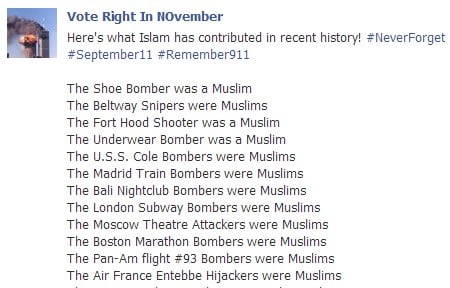 If you are in the market for a “hot” book, this Twitter user recommends a book about September 11, including the chance to win a $25 gift card: 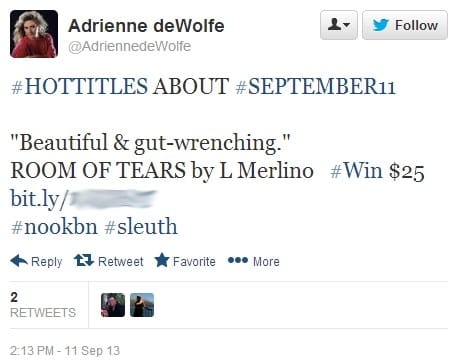 A rapper who goes by the name of MOUTHPIE$E could have used some better wording, and left out the hashtag #September11:

Titled “Remember 9/11. Marriott Style.”, Reddit user Nathan_Flomm spotted a rather peculiar sign at the Marriott he was staying in: 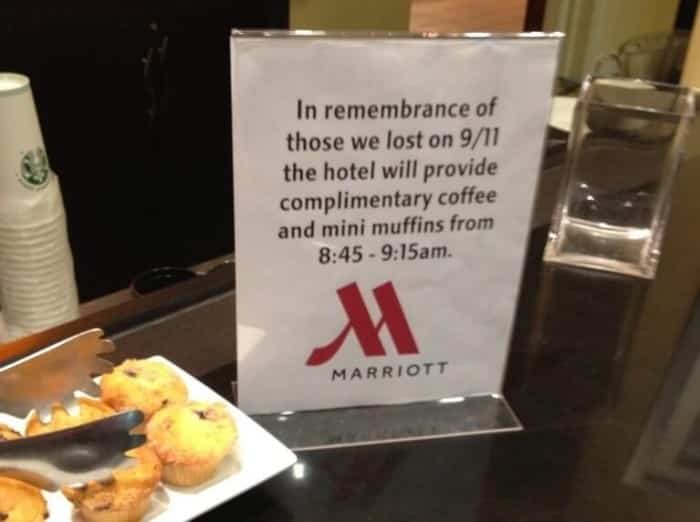