by James Kosur 9 years ago11 months ago

Facebook, Google, and Yahoo! have filed separate motions in federal court. The companies are hoping to share more details about what and how much information is shared with officials.

The documentation was filed with the Foreign Intelligence Surveillance Court and each company filed their own separate motions.

“Today we filed an amended petition (PDF) in the U.S. Foreign Intelligence Surveillance Court. This petition mirrors the requests made to Congress and the President by our industry and civil liberties groups in a letter (PDF) earlier this year. Namely, that Google be allowed to publish detailed statistics about the types (if any) of national security requests we receive under the Foreign Intelligence Surveillance Act, including Section 702. Given the important public policy issues at stake, we have also asked the court to hold its hearing in open rather than behind closed doors. It’s time for more transparency.”

Each of the companies listed worked with the U.S. Department of Justice over the summer to determine what details they could release to the general public.

Studies have suggested that Facebook, Twitter, and other companies operating in cloud-computer setups could lose millions of dollars if customers back away from their services over fears of government data collection.

Here’s a look at the number of data requests made against each company and Twitter according to Statista: 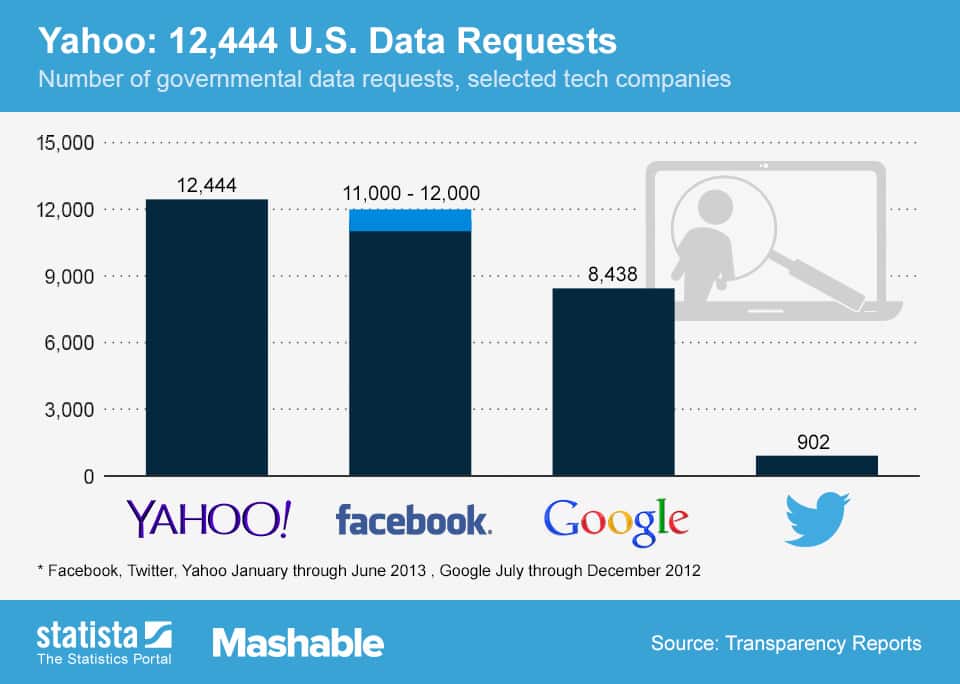