We knew the Rafael Nadal and Novak Djokovic final round at the U.S. Open would be one worth watching. We just didn’t realize the two men would engage in a viral video during the match.

The two men engaged in a 55-shot rally at the U.S. Open finals at Flushing Meadows in New York City when a single point turned into a well earned victory.

For the record this was Nadal’s second U.S. Open title.

The YouTube video was uploaded on September 9 and in less than 24 hours it has racked up 124,259 views. 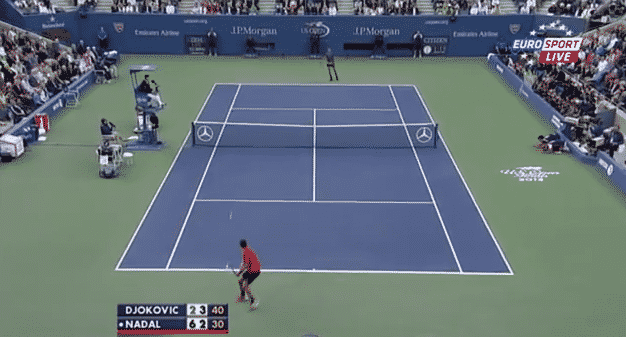