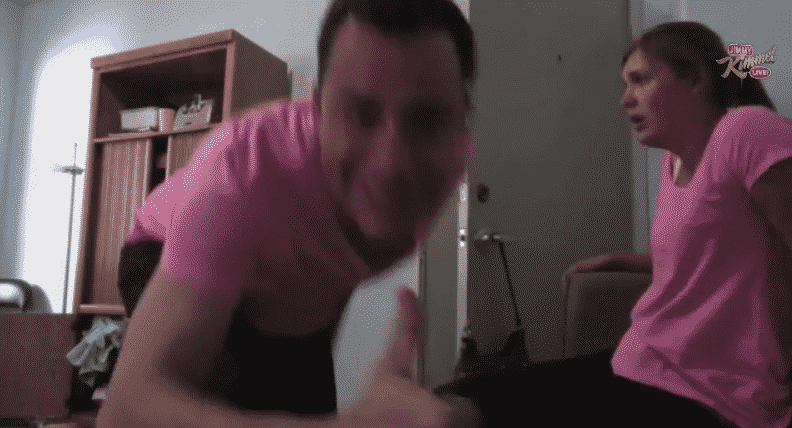 A recent YouTube video titled Worst Twerk Fail Ever has been revealed as a fraud by Jimmy Kimmel.

In the video a women named Caitlin attempts to perform a sexy twerking dance for her boyfriend but ends up catching on fire after being knocked into a group of candles.

Caitlin falls through a glass table and begins to scream as her leg goes up in flames.

The video ends abruptly and left more than 9 million viewers wondering what happened to the twerking victim.

On Monday night Jimmy Kimmel revealed that the video was created to trick viewers. The girls real name is Daphne Avalon and she is actually a stuntwoman.

After explaining how many people witnessed the video Jimmy joked “Good thing nothing is happening in Syria right now.”

Jimmy thanks Daphne for helping “deceive the world and hopefully put an end to twerking forever.”

The best part? dozens of major news shows and media outlets fell for the worst twerk fail ever.

Were you tricked by the twerking fail video?

Together with the fireworks for the Independence Day weekend, the latest explosive Hollywood news involves no one else but the controversial Kanye West. The famous celebrity has revealed his plans for a presidential run. Originally planned for 2024, he has stated that he is actually going to run for the 2020 Presidential elections in November. The… END_OF_DOCUMENT_TOKEN_TO_BE_REPLACED

Recent trends have reported that K-pop fans in the US are getting mixed in with current issues in politics. K-pop fan communities are using online platforms to rally up and protest against racism in the United States. In support of the #BlackLivesMatter movement, the online K-pop community has come together in protest. Never has it… END_OF_DOCUMENT_TOKEN_TO_BE_REPLACED