Patrick Stewart is married. That’s great and all but what SND really wants to congratulate the 73-year-old actor on is his amazing marriage announcement.

This is great for a few reasons. One, he’s 73-year-old and is having more fun in a ball pit than any two-year-old I’ve ever seen. Two, it’s a great reference to his Twitter profile. 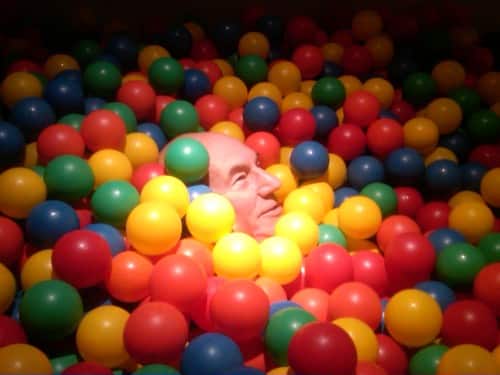 Which, of course, begs the question: Does Patrick Stewart own a ball pit?

In case you were wondering, the woman in the photo is 35-year-old jazz singer Sunny Ozell. That might seem like a big age difference but we’ve all learned over the years that Patrick Stewart doesn’t actually age. He’s still about 37-years-old.

Information about Stewart’s wedding isn’t available yet but the Star Trek actor said earlier this year that the wedding would be officiated by Sir Ian McKellan.

Gandalf has not confirmed his involvement in the wedding but really, does it matter? Sunny Ozell is happy. Patrick Stewart is happy. And this is the greatest marriage announcement of all time.

UPDATE: Ian McKellen did indeed officiate the wedding. Gandalf posted a photo on Facebook saying that he “did his part” in the ceremony. 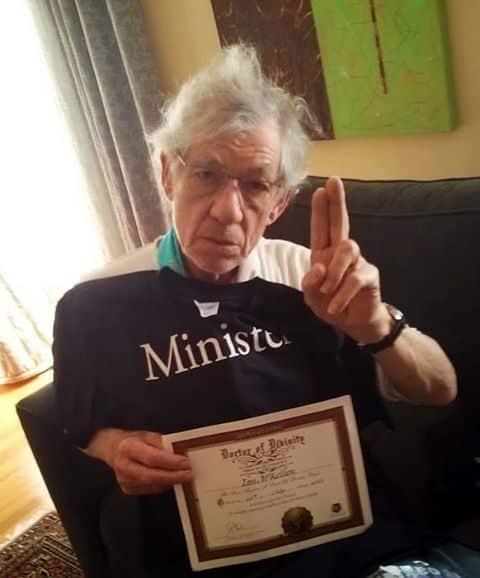