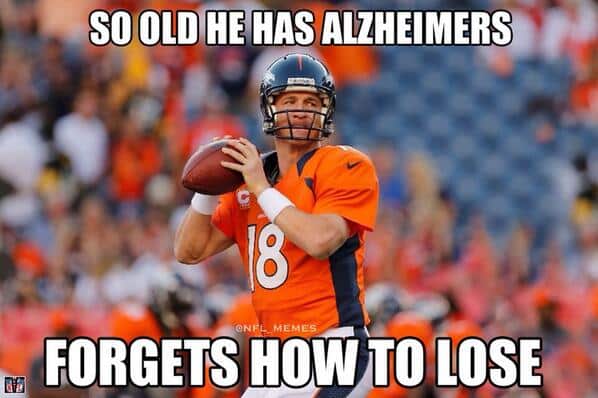 Peyton Manning was so good last night during the NFL season opener it was ridiculous. It was a joke. He threw 7 touchdown passes (7!) in a single game and became an internet meme.

Peyton Manning has a question for you: pic.twitter.com/Pu9DyqF0z2

What does Peyton Manning do? pic.twitter.com/3ohGVPBhE8

He is the first player in the NFL to have three games with more than 6 touchdown passes and almost set a career record with 462 passing yards. (His record is 472 yards in a single game.)

When you add all of that up you get an astounding passer rating of 141.1. Manning also nearly set a Fantasy Football record with 46 points. It’s the second most fantasy points behind Michael Vick who once scored 49.