Just in case you think your home feed needs a little more entertainment value, we’ve plunged the depths of Twitter to find the weirdest, most insane accounts imaginable. Some of these individuals are just screwing around. Some of them are painfully, awkwardly serious, and should probably seek immediate psychological evaluation.

Still, regardless of their original intentions, you will get a non-stop vaudevillian parade of absolute batshit insanity when you follow: 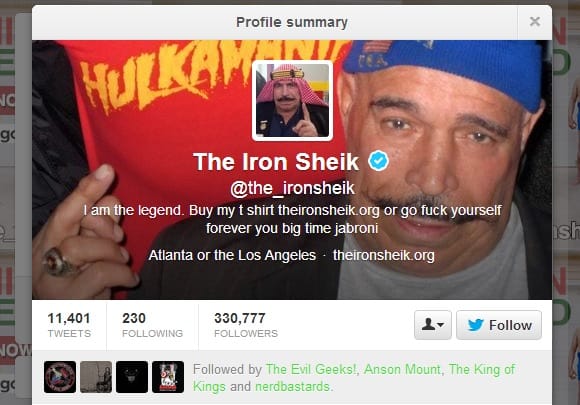 He’s the legend. He’s got an IndieGogo campaign. He’s got a movie, he’s got opinions, and he’s got a Twitter account because FUCK YOU THAT’S WHY.

come to my roast Canada https://t.co/gvLR5GChzi or go Fuck yourself forever — The Iron Sheik (@the_ironsheik) October 17, 2013

hello @officialjaden how about you come see me so i can beat the fuck out of you and show you are dumb no good son of a bitch punk jabroni — The Iron Sheik (@the_ironsheik) October 16, 2013

Nothing ruins a good online conversation like the complete inability to admit you may have been wrong. 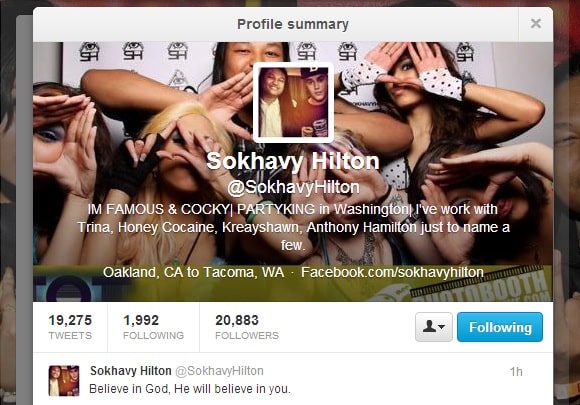 We’ve spoken to Sokhavy in the past, but we really can’t seem to parse this guy. He’s a “Party King” between Oakland and and Tacoma, and his aggressive self-promotion knows no equal.

Its funny how people only wanna hang out with you, just so they can get to hang out with me Lol — Sokhavy Hilton (@SokhavyHilton) October 11, 2013

It is kind of funny. 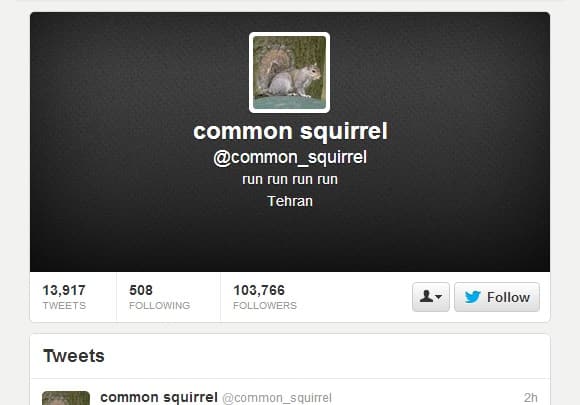 You’ve probably seen Common Squirrel on other crazy Twitter follows lists, and for good reason. Just in case you ever wanted the inside track on a Tehran-based squirrel’s day-to-day, this is your guy.

Common Squirrel’s Deadly Social Sin: He Cares Too Damn Much.

With all the running, jumping and hopping going on in addition to his charitable efforts, it’s hard to believe his busy schedule hasn’t taken a toll on his squirrel family. 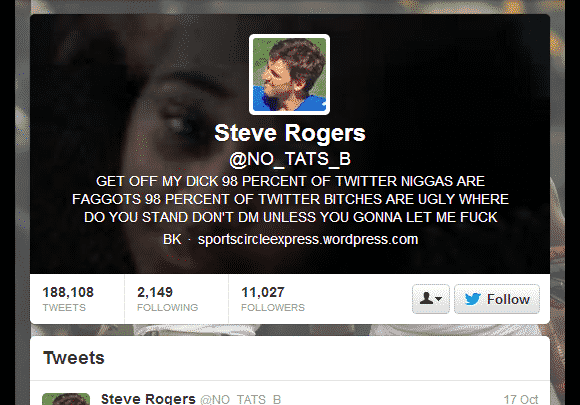 We’re actually going to turn this one over to Steve.

LOL I CAN UNDERSTAND BITCHES COMPLAINING ABOUT CELBS GETTING SURGERY ENHANCEMENTS BUT MEN DOING IT SMH — Steve Rogers (@NO_TATS_B) October 17, 2013

JOE BUCK SHOULD JUST WEAR A RED SOX HAT IN THE BOOTH WHEN HE CALLS THEIR GAME ALL HE DOES IS DICK SUCK THEM FOR 3 HOURS PLUS — Steve Rogers (@NO_TATS_B) October 17, 2013 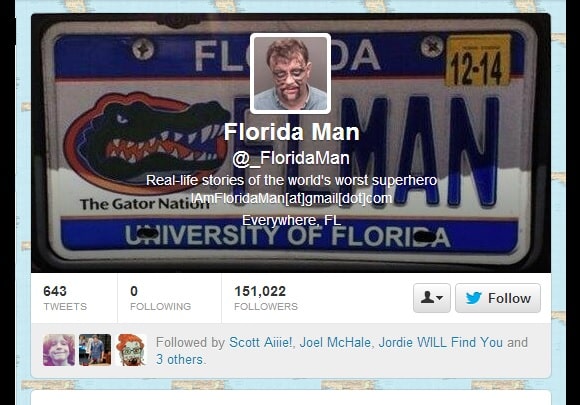 He’s not the hero Florida needs right now, and hey, he’s not really the one they deserve. Still, Florida has its own Fark category for a reason. Some pretty oddball shit happens there every day.

What the fuck, dude? 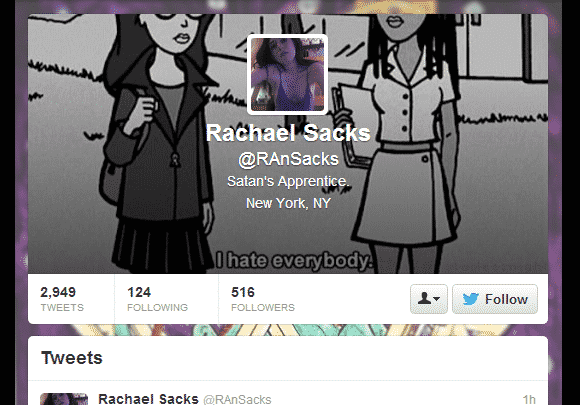 Rachael Sacks is pretty new to Twitter controversy. She has gone viral this week (apparently over some column she wrote), and even scored her own highly-unflattering Gawker profile. But she’s a Daria fan, how bad can she be?

This asian storms in waddling and clutching her backpack. What the fuck? — Rachael Sacks (@RAnSacks) October 3, 2013

I’m rolling my eyes because I definitely don’t deserve this much attention. — Rachael Sacks (@RAnSacks) October 17, 2013

I guess her real sin is simply “she’s trending.” 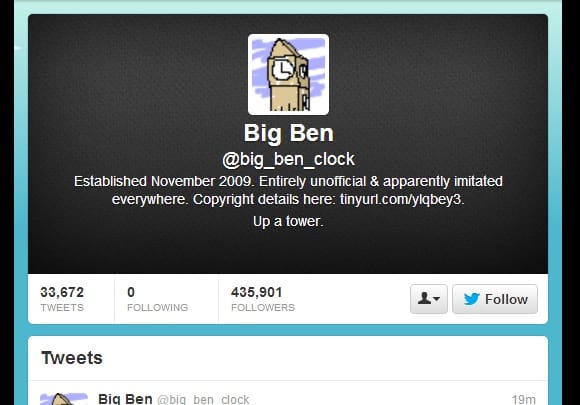 If you spot any hopelessly insane Twitter handles in your travels, shoot me a retweet and the account holder’s deadly sin here.