In a move to become more transparent, the social network has published its “Global Government Requests Report.”

Said to be updated regularly, here is what the report covers:

This first report covers the first half of 2013, and Facebook makes it clear it has “stringent processes in place” to handle government data requests, and it fights requests if they do not appear completely justified.

As we have said many times, we believe that while governments have an important responsibility to keep people safe, it is possible to do so while also being transparent. Government transparency and public safety are not mutually exclusive ideals. Each can exist simultaneously in free and open societies, and they help make us stronger. We strongly encourage all governments to provide greater transparency about their efforts aimed at keeping the public safe, and we will continue to be aggressive advocates for greater disclosure.

As far as users taking Facebook seriously, that is another topic altogether.

Here are a couple top comments posted on the original announcement: 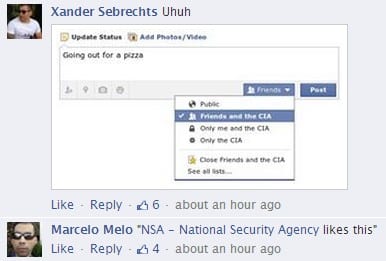