Rumors have been circulating for the last few days that ‘N Sync would be reuniting to perform at the MTV Video Music Awards. Joey Fatone’s father reportedly confirmed the rumor earlier this week but the biggest piece of evidence came this afternoon on Twitter.

‘N Sync, a group that formed and disbanded before the invention of the Tweet, has joined Twitter.

Mic check, mic check one.. two… is this thing on?! 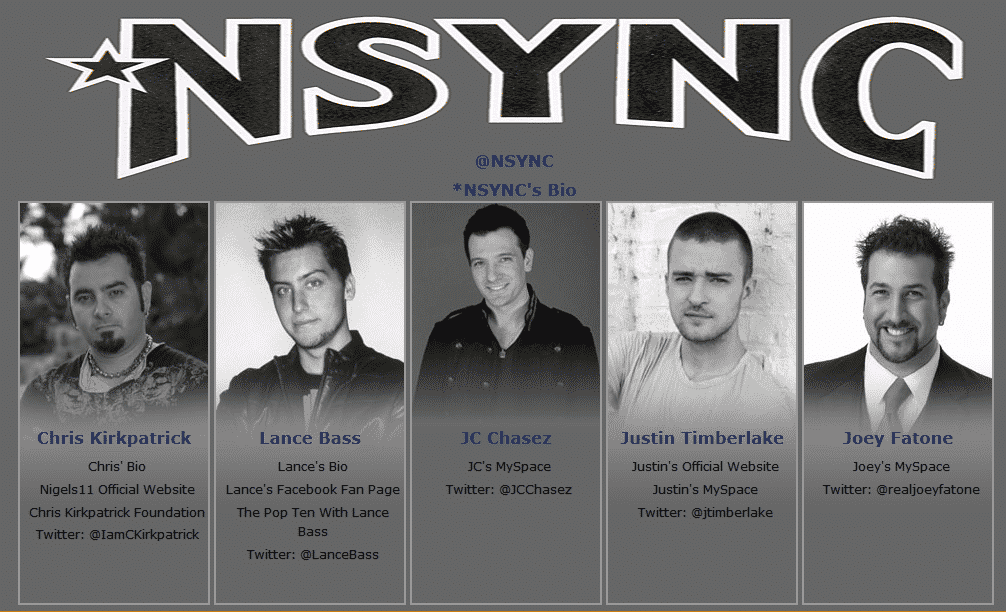 The ‘N Sync reunion hasn’t officially been confirmed but it looks like the band is preparing to do something together. Do you think Justin Timberlake, Joey Fatone, JC Chavez, Lance Bass and Chris Kickpatrick will be playing at the VMAs?