Facebook Posts Published On Monday Have Highest Chance Of Engagement

Facebook has an algorithm in place that determines when posts are displayed, and according to social media analytics company Socialbakers, posts sent on Monday have the highest probability of ranking as one of the most engaging posts.

The data was broken down into two categories: percentage of total posts sent each day, and the probability of posts ranking as one of the most engaging.

Here is the breakdown of posts sent each day:

Facebook posts on Saturday and Sunday were least likely to rank as most engaging, coming in at -12.1 percent and -5.3 percent respectively.

While more posts were published on Friday, their probability of ranking as most engaging was only 2.6 percent, barely ahead of Wednesday’s 2.4 percent.

However, Monday more than doubled Friday’s probability at 7.1 percent.

Socialbakers makes it clear there is no ideal day to post on Facebook due to everyone’s audience being different, but this data can help brands better understand what is working for competitors. 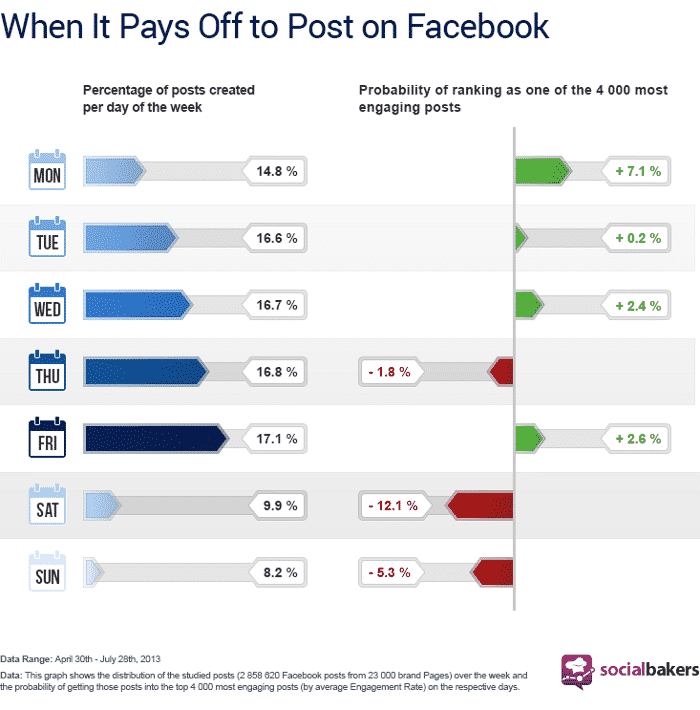