Twitter has become a hot destination for brands to interact with customers, and a new report reveals that 97.6 percent of top brands tweeted so far in 2013. 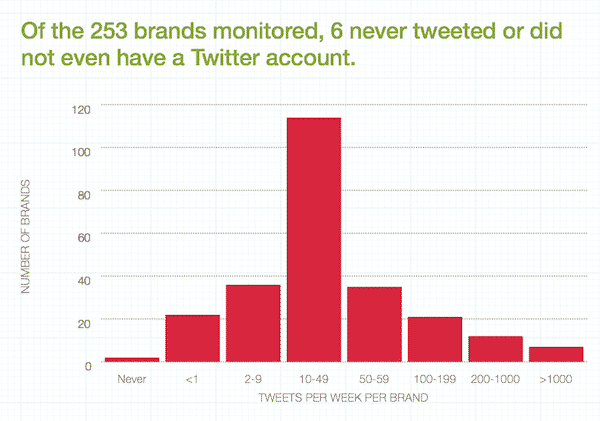 69 percent of top brands are using Twitter to broadcast and engage while 25 percent are broadcasting only.

Only 3 percent have accounts setup for engagement only related to customer service. 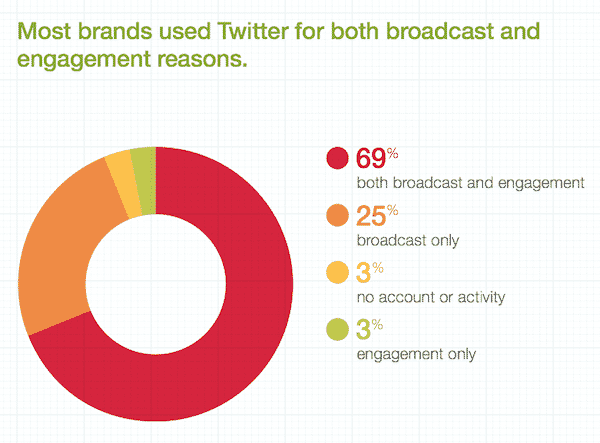 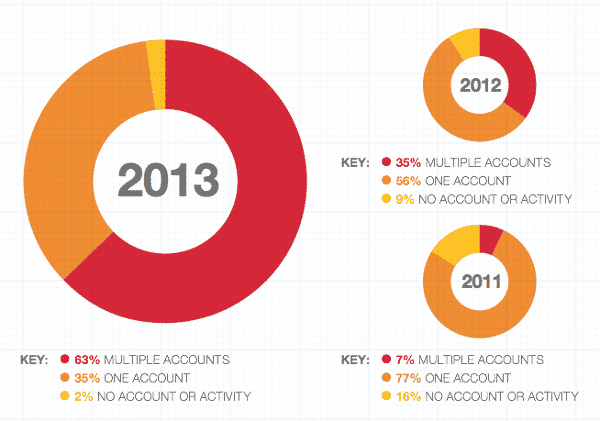 On average, brands in the U.K. and U.S. have four team members that help manage accounts. 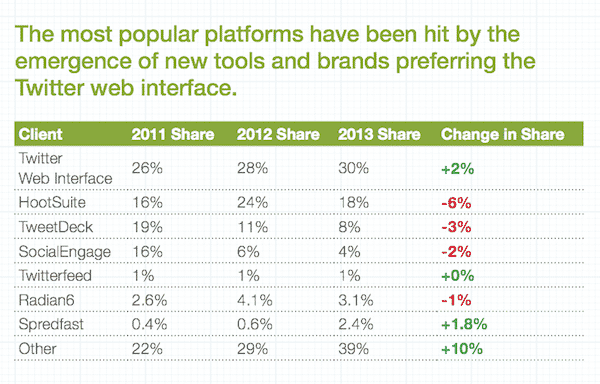 There are definitely many Twitter tools to choose from, and 57 percent said they had started using another tool or switched to a new tool over the past year.