According to Anthony, the trending TV box does not appear on Twitter.com, and appears after you refresh your timeline on iOS.

When you scroll down, the box follows you, and will make its way back to the top depending on show popularity at the time.

There can be several trending TV shows on Twitter at any given time, and you can quickly swipe to see what else is trending. Each listing reveals how many tweets there are about the show, a cover photo, and when the show is airing or has aired.

It’s uncertain whether this feature will roll out to more users, and when asked for comment, a spokesperson would not comment directly.

According to a recent study published by Nielsen, tweets about a specific TV show helped to increase ratings 29 percent of the time.

This study further helps confirm the social network’s influence on television, and this new feature could help drive even more Twitter conversation. 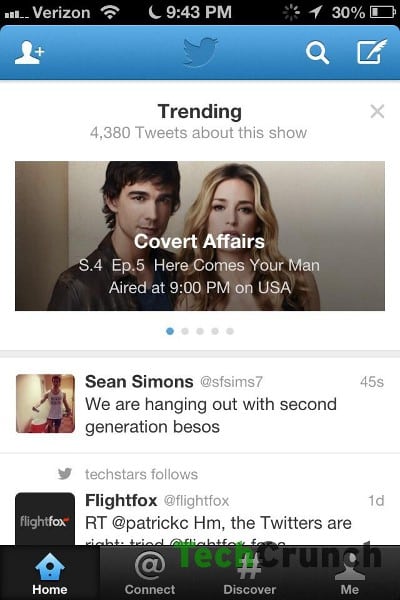