Miami, FL – A man is in custody for allegedly killing his own wife and confessing on Facebook with a photo of her dead body.

Derek Medina, 31, showed up at a police station and confessed to shooting his wife, Jennifer Alfonso, after an argument on Thursday.

He posted a photo of his wife after he had killed her on his Facebook page. It shows her bent over backwards, her face and arm covered in blood. We’ve included a censored version below, via New York Daily News.

With the photo, he wrote the following confession:

A 10-year-old girl was found at the scene unharmed along with the body.

Other photos from Medina’s Facebook show him posing menacingly in a combat vest holding a knife and a gun.

According to marriage records, the couple have been married since April 2012.

Here’s the censored photo of Medina’s dead wife that he posted to Facebook with a chilling “RIP” message. You can imagine the utter horror and disbelief his friends must have felt when they checked their News Feed this afternoon. 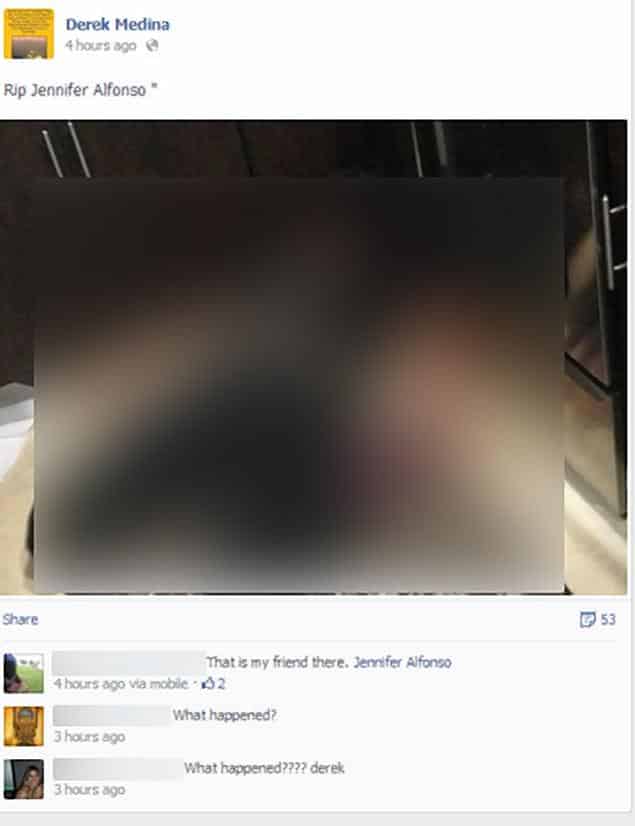