Man Posts Paycheck On Instagram, But That’s Bad So He...

One New York man is now unemployed after pulling a Lolo Jones and posting his meager paycheck on Instagram.

Wade Groom of Brooklyn was a $15-an-hour salesman at Manhattan’s Lacoste living in a “third world” apartment with “shitty everything.” He shares custody of twin 4-year-olds with his ex.

He had an Office Space moment one day and realized that man was not meant to waste his days like this. He decided to post his meager paycheck on Instagram with a short rant. 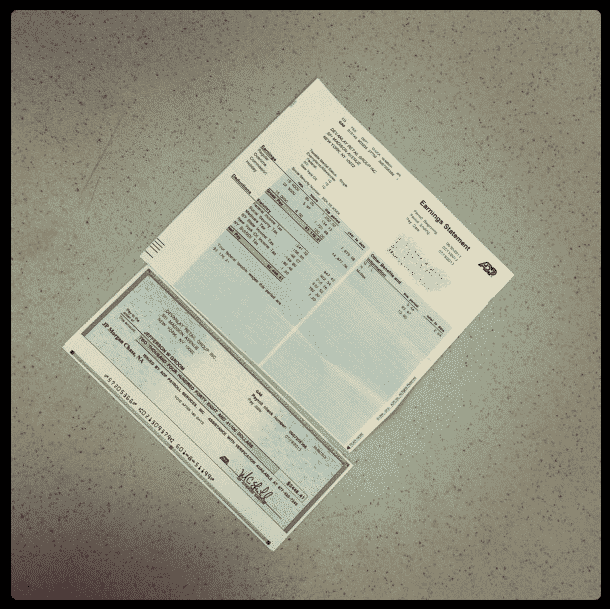 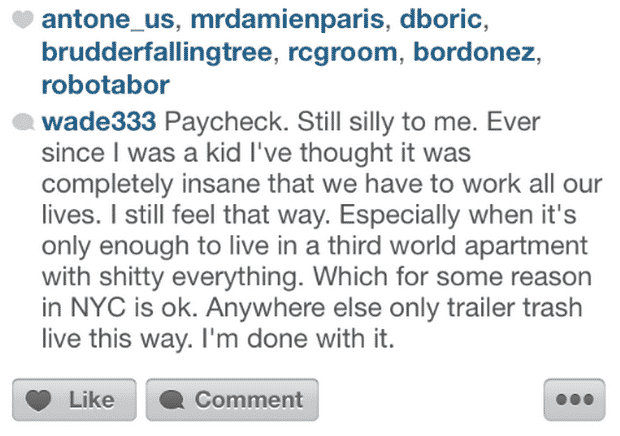 Though his account is private, an HR employee caught wind of the post and he got fired for daring to protest his living situation. HR reps said posting his paycheck “breaks our confidentially contract,” or some such loophole.

Normally, I’d side with the employer, because it’s absolutely idiotic to post things like this online and not expect some blowback. This time, I’m siding with Groom, and not because of some stupid 1% bullsh**, either.

The reason I’m siding with Groom is because, for all intents and purposes, he was a phenomenal employee.

After just three months on the job, he was already referred to as a “top sales associate” and made $130,449 for the company in July alone. That’s a whopping 90 percent above his sales goal for the month, according to Metro.

His managers paid him the highest compliments and seemed amazed by how quickly he took to the job, and how hard he worked.

He’s a pretty clever cat, too. He deliberately left his paycheck out of focus in his post so that he couldn’t get in trouble for exactly what he was fired for. After he was fired, he even asked the HR manager to read what was on the document in the photo.

But HR is a strange beast just about everywhere, following arbitrary rules, doubling down on their errors, and judging situation that arise with no bearing on context and seemingly, without all of the information.

Information like “this guy basically made our month and became the store’s top salesman in just three months.” You want to keep those employees happy and find excuses not to fire them because they’re making the business money.

Still, we go back to the original point, and that is it’s a terrible idea to post stuff online that could jeopardize your job. Groom’s legacy is simply that you can be canned for unjust reasons as well as just ones.

What do you think? Should Wade Groom have been fired for posting his paycheck on Instagram?