Seattle Police Reddit AMA Against The Rules, But Department Approves

by Kim LaCapria 9 years ago8 years ago

A Seattle cop’s Reddit AMA is technically against the rules of the department, but the lucky officer in question won’t be sought out and disciplined — because the higher-ups approve of the social media outreach he or she created.

“Policy says we aren’t supposed to speak to the Media but the way it’s worded it doesn’t seem to include sites like Reddit … I’ve been on Reddit for about four years and like the dialog that other officers’ AMAs have opened up. Figured we could use some of that in r/Seattle.”

The answers given were honest, reasonable, and seemed to reflect what we think a police officer should “be like,” and some comments include:

“I just act like I’m always being filmed. Between people with cell phones, my in-car camera, the news, and security cameras I’m pretty much always on tape.”

“I never bothered with marijuana. We’ve had that “lowest priority” thing for a while.”

On concealed carry, he explained that cops are used to and not hostile to gun owners:

“I run into this a lot. Just have your hands visible and let me know. If you are part of a crime we are investigating (say a bar fight or threats between neighbors) we might take it from you while we are interviewing all parties and then give it back afterwards. Some times people want to pull up their shirt to show us which can make me nervous, no need, I believe you … I’ve never had problems with people that conceal carry.” 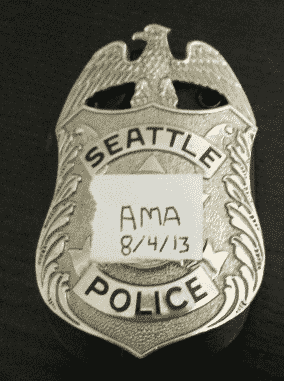