We’ve long held that reddit is a wretched hive of scum and villainy, but that’s mostly in affectionate jest. That doesn’t mean there aren’t tons of real people out there making up straight Illuminati-level garbage about the social platform (and ironically enough, sharing their conspiracy theories … on reddit itself).

Some of these reddit urban legends are actually pretty long-standing, too. Some are simple: reddit is much larger than we think, and its owners are rolling around in cocaine and stippers, lighting blunts with $100 bills. Others are kind of out there: Olive Garden paid reddit users to go in and spam the balls off unlimited breadstick baskets.

These rumors have never gained much traction by the likes of us in the blog/new media reporting world, but the powers-that-be at reddit decided it was finally time to set the record straight.

You can read reddit’s entire “Myth Busters” blog here. It’s a pretty interesting read for even the most casual reddit users among you. Oh, here’s that graph proving that reddit employees are practically living on food stamps: 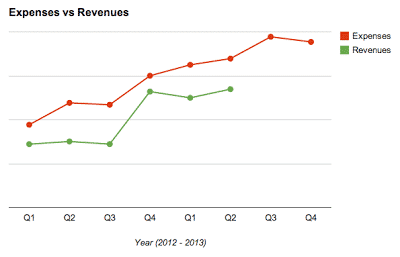