by James Kosur 11 years ago8 months ago

Facebook will be the first website in the world to obtain 1 billion active users and the site will reach that goal in August 2012 according to a report by iCrossing senior analyst Gregory Lyons.

Using a simple linear regression chart from 2008 through the end of 2011 Lyons created the following user acquisition graph: 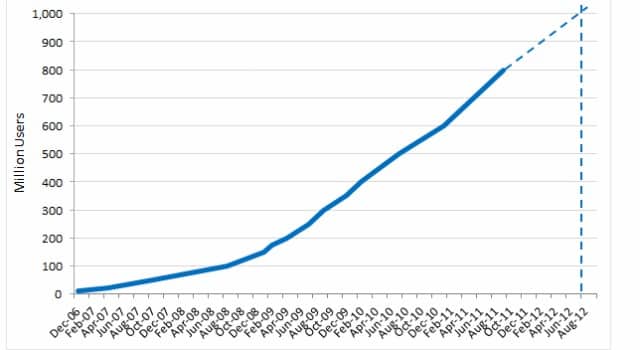 Interestingly enough some analysts believe Google+ will have 400 million active users before the end of 2012.