Social Media Use Has Tripled Among Users 65 And Older...

According to a new study by the Pew Research Center’s Internet American Life Project , older users are increasingly logging onto the internet and into social networking platforms.

The study found that in the Spring of 2009 only 13 percent of seniors were using social media while that number has grown to 43 percent in 2013.

Pew Researchers also discovered that six out of ten internet users between the ages of 50 and 64 are now using social networks.

While Facebook is experiencing an explosion of older users Twitter is still entertaining a younger crowd. The study found that 30 percent of Twitter’s users are between 18 and 29 years old. Pew states that since 2010 Twitter has doubled its share of the internet population to 18 percent.

In 2005 only 8 percent of the internet population used social networking. 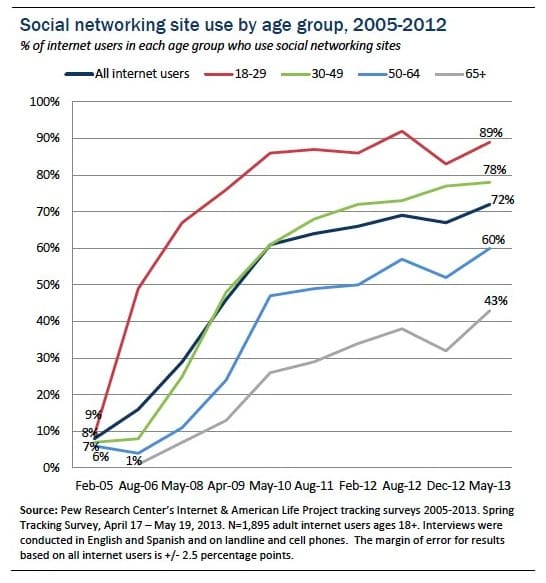