Mumford & Sons Parodied In Their Own Music Video

Mumford Sons has released a new music video for their single ‘Hopeless Wanderer’ and the video makes fun of the band.

In the video Jason Bateman, Will Forte, Ed Helms and Jason Sudeikis are sent to a dusty bar where they play the members of the band.

The men are spotted wearing earth-toned clothing alongside hipster facial hair and old school instruments that we are pretty sure wouldn’t create the Mumford Sons sound.

At first you can’t tell whose playing the music but a closer shot revealed the comedians’ real identity.

Watch as the men stare into each others eyes as they rock out in a barnyard jam session.

Tomfoolery and the Mumford Sons go together quite well at least when it’s a group of funny guys handling the job.

Uploaded to the MumfordAndSonsVEVO YouTube page on August 4 the video has already racked up 317,797 views.

We leave you with this lasting image: 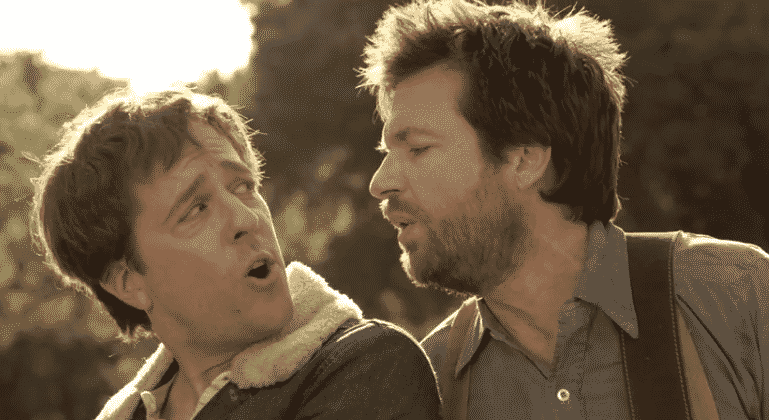