Detroit’s sculpture of late boxer Joe Louis’ fist has become part of an interesting piece of installation art this week, and an even more interesting social conversation on Fox Detroit’s Facebook page.

Detroit artist Jerry Vile added a giant can of Crisco to the iconic sculpture, placing it at the base of Louis’ fist. Vile has described the can as a “gesture of sympathy” and a “magical Vessel of Hope,” meant to “ease the pain of Detroit’s bankruptcy.” It’s a very clever little coup de gras, if you ask us.

Anyway, the real story is over at Fox 2 Detroit’s Facebook page. They posted a photo of Vile’s piece with the following plea:

“Local artist Jerry Vile has created something he calls ‘Vessel of Hope’. He hopes it may in someway ease the pain of having the Detroit bankruptcy shoved into our faces. Can anyone explain what this means???”

That awkward moment when everybody but Fox got the reference right away: 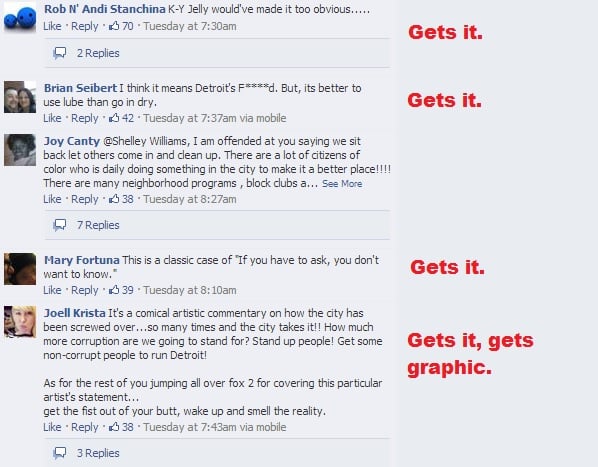 We haven’t even gotten to the good part. Look what happened after Fox Detroit realized their mistake: 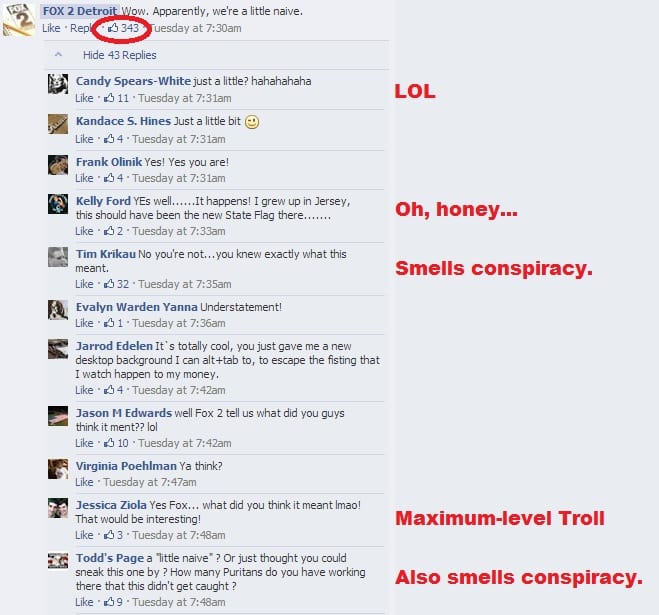 Get a better look at Detroit’s “Vessel of Hope” below and let us know what you think about Fox Detroit’s Facebook flub: 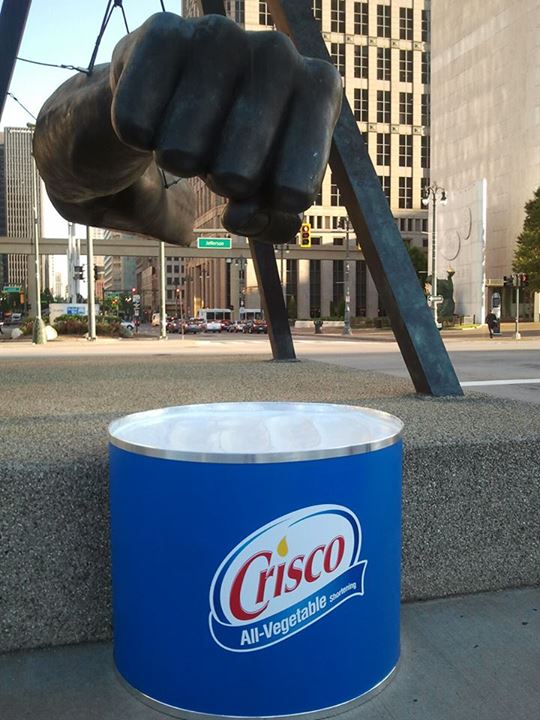